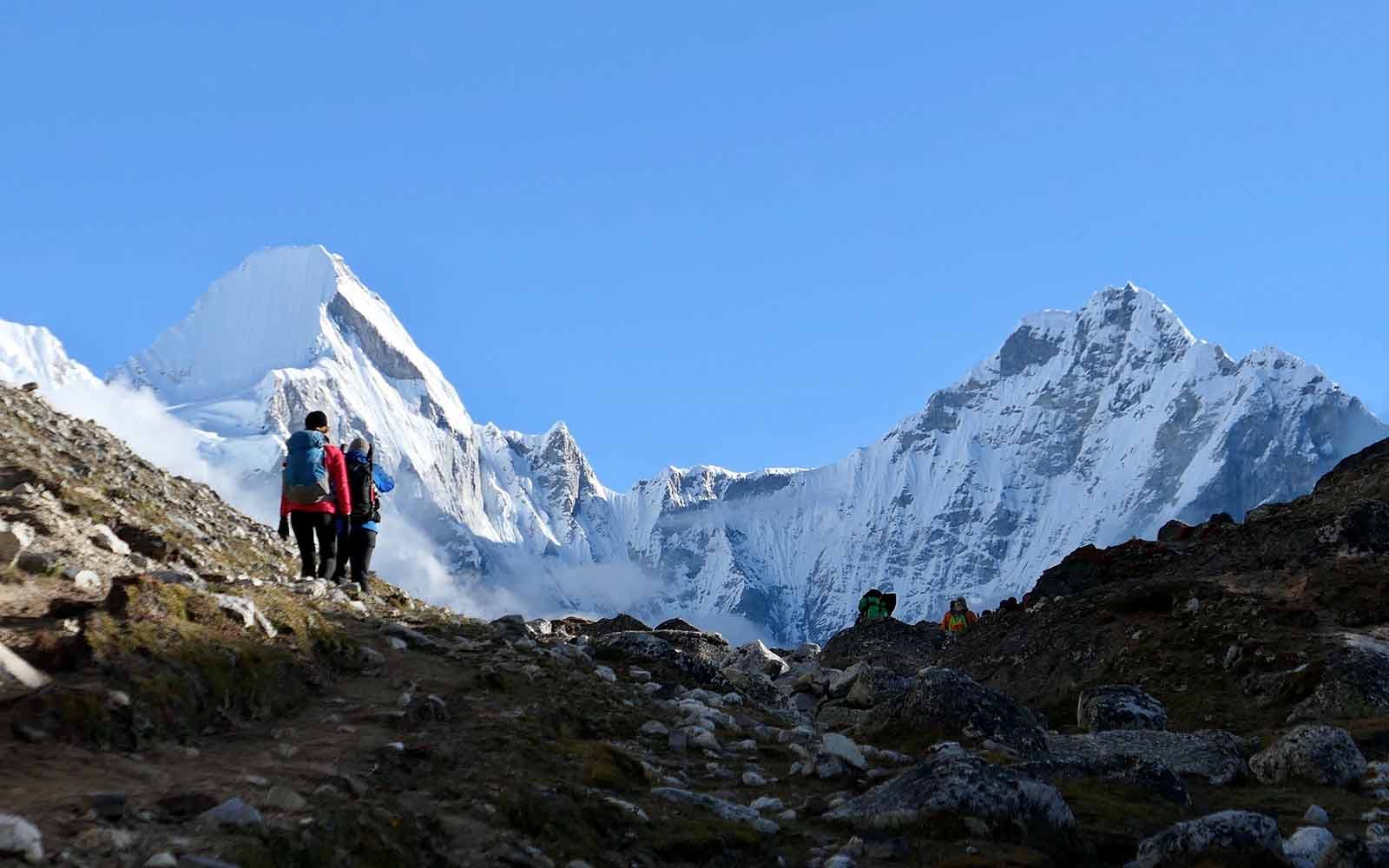 This is where adventure travel began! Since our first Everest Base Camp trek in 1969, we’ve been connecting adventurers to the world through genuine, active, and immersive experiences.

Welcome back to travel!

“Now more than ever, making real connections matters. Bonds forged with others–whether friends, family, or fellow adventurers–add vibrancy and a depth of experience to our lives. So too does our relationship with the natural world. For more than 53 years, Mountain Travel Sobek has opened the world up to travelers interested in connecting with new places, people, and cultures in a meaningful way. We’ve built our reputation on relationships–those we have with our worldwide network of guides and experts, those we have with you, our guests, and those we have with our planet.”

The Pioneers of Adventure Travel

In 1969, three intrepid mountaineer-explorers, Leo Le Bon, Allen Steck, and Barry Bishop, came up with a then-radical idea: to create a business out of their incurable wanderlust for global adventure, sharing backcountry wilderness trips to remote areas where foot travel was the only means of access. Their venture was called Mountain Travel and with it, the business of “adventure travel” was born. Around the same time, Richard Bangs, Lew Greenwald, and John Yost were rafting the first descents of rivers across the globe. In 1973 they formed Sobek Expeditions—an international rafting company named after the ancient Egyptian god of crocodiles.

For the next two decades, each flourished on its own—earning word-renown as a leader in the adventure travel industry. In 1991, the two companies joined forces, becoming Mountain Travel Sobek, offering the world’s single largest selection of active adventure journeys across the globe.

In 2019, MT Sobek turned 50 and our deep passion for adventure is as strong today as it was in ’69. We are proud of our adventure travel legacy and thankful to our founders, guides, and intrepid guests who have helped craft the adventure company of today.

Traveling the World for Over 53 Years!

This is where adventure travel began! Since our first Everest Base Camp trek in 1969, we’ve been connecting adventurers to the world through genuine, active, and immersive experiences. We can’t think of anything more fulfilling than being outside and going deep into nature, exploring hidden places, and getting to know local people. It’s what we love to do, so let us share it with you.

To feed your spirit of adventure, Mountain Travel Sobek offers a wide range of unique and perfectly-paced itineraries led by incredible local guides. We keep groups small, usually fewer than 10 people, and seek out great food and characterful accommodations everywhere we go. Beyond the seamless logistics and careful attention to detail, our aim is to create a space for truly special moments in unforgettable places.

We are the Adventure Company—come explore with us.

Meet the pioneering adventurers who made MT Sobek happen! Allen Steck, Leo LeBon, and Barry Bishop founded Mountain Sobek, while Richard Bangs and John Yost founded Sobek Expeditions. In 2022, Richard Bangs was named one of the 100 Great Explorers of the Last 100 Years! 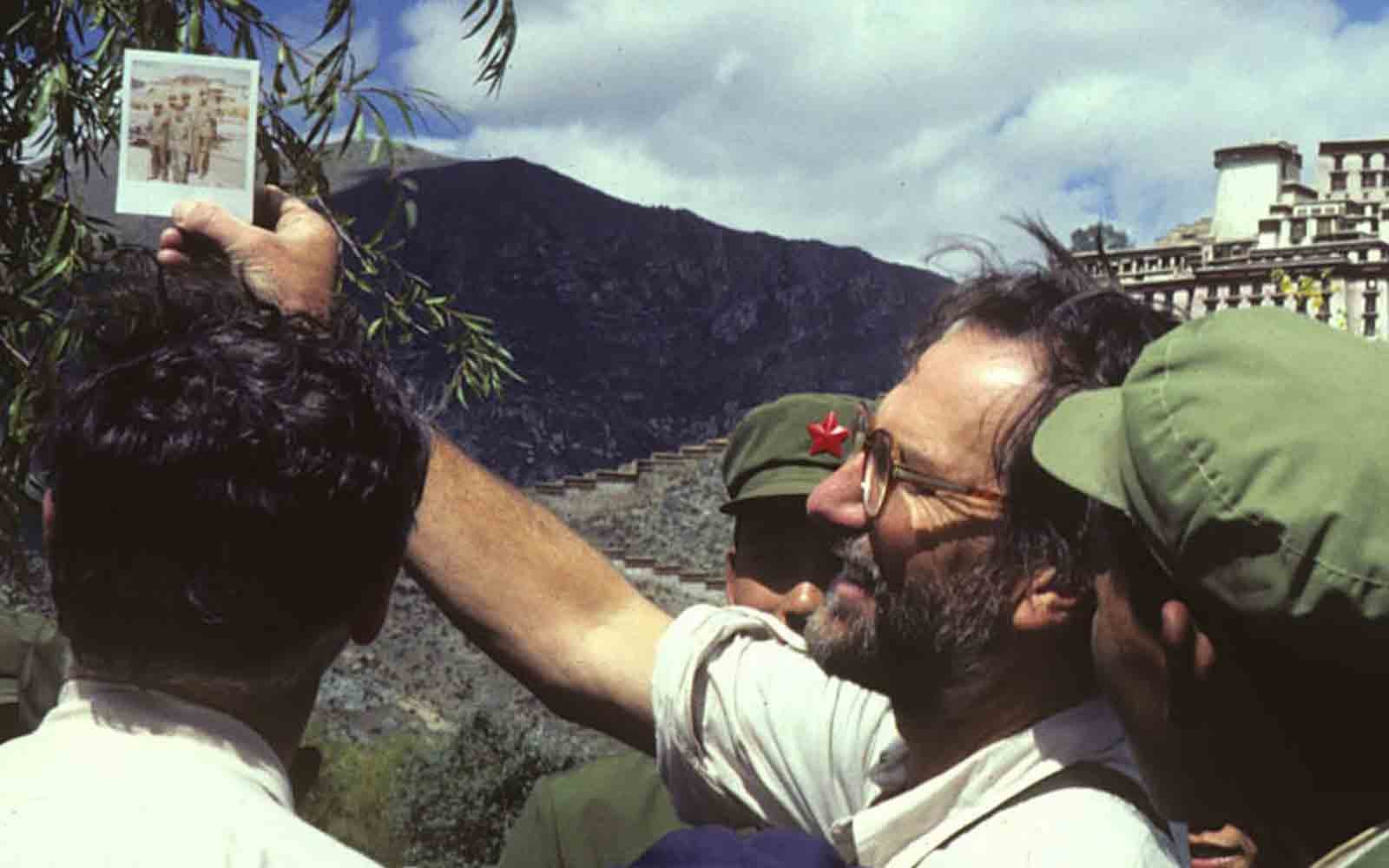 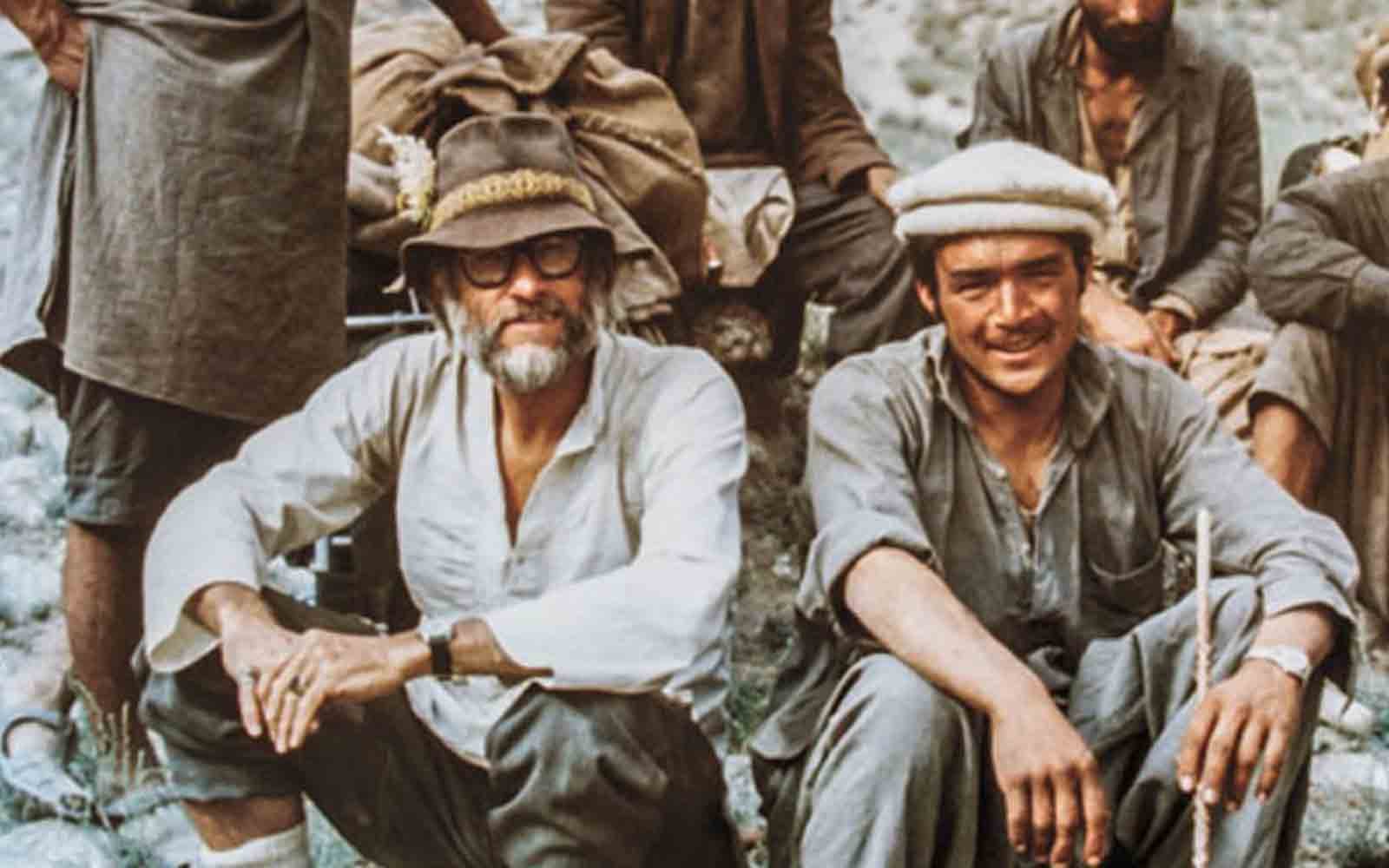 Allen is known for the long list of first ascents he made in Yosemite Valley in the 1950s and 1960s, the golden age of Yosemite’s rock climbing. Sixteen-year-old Allen made his initial climb, a first ascent of Mount Maclure in the Sierras, with no hardware, no ropes, no experience—an event that led to his mountaineer’s life, spanning 70 years. Allen co-founded and edited Ascent magazine in 1967 and his interest in the far reaches of the world let him to partner in Mountain Travel, America’s first true adventure travel company, in 1968. Allen paved the way for many mountaineers and remains a distinguished figure in MT Sobek’s history. 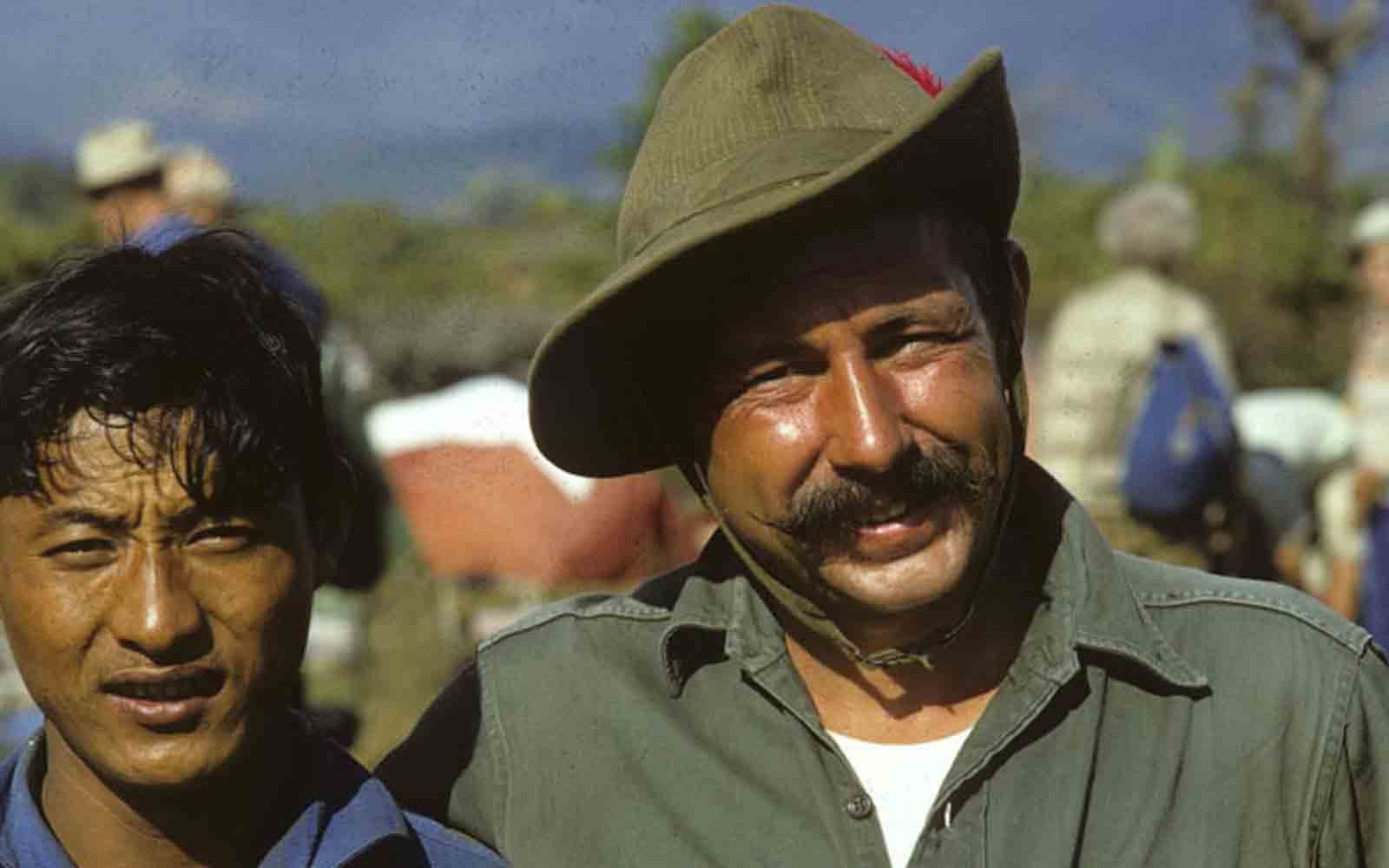 Barry was a member of the successful 1963 America Everest Expedition and was a guiding light in Mountain Travel’s early days. As a famous alpinist and experienced hiker made him a highly valued member of Leo Le Bon’s first trip to Nepal in 1967—and an encouraging voice in the creation of Mountain Travel USA. At the time of his death in 1994 he had just recently retired from the National Geographic Society, where he was chairman of the Research & Exploration Committee. 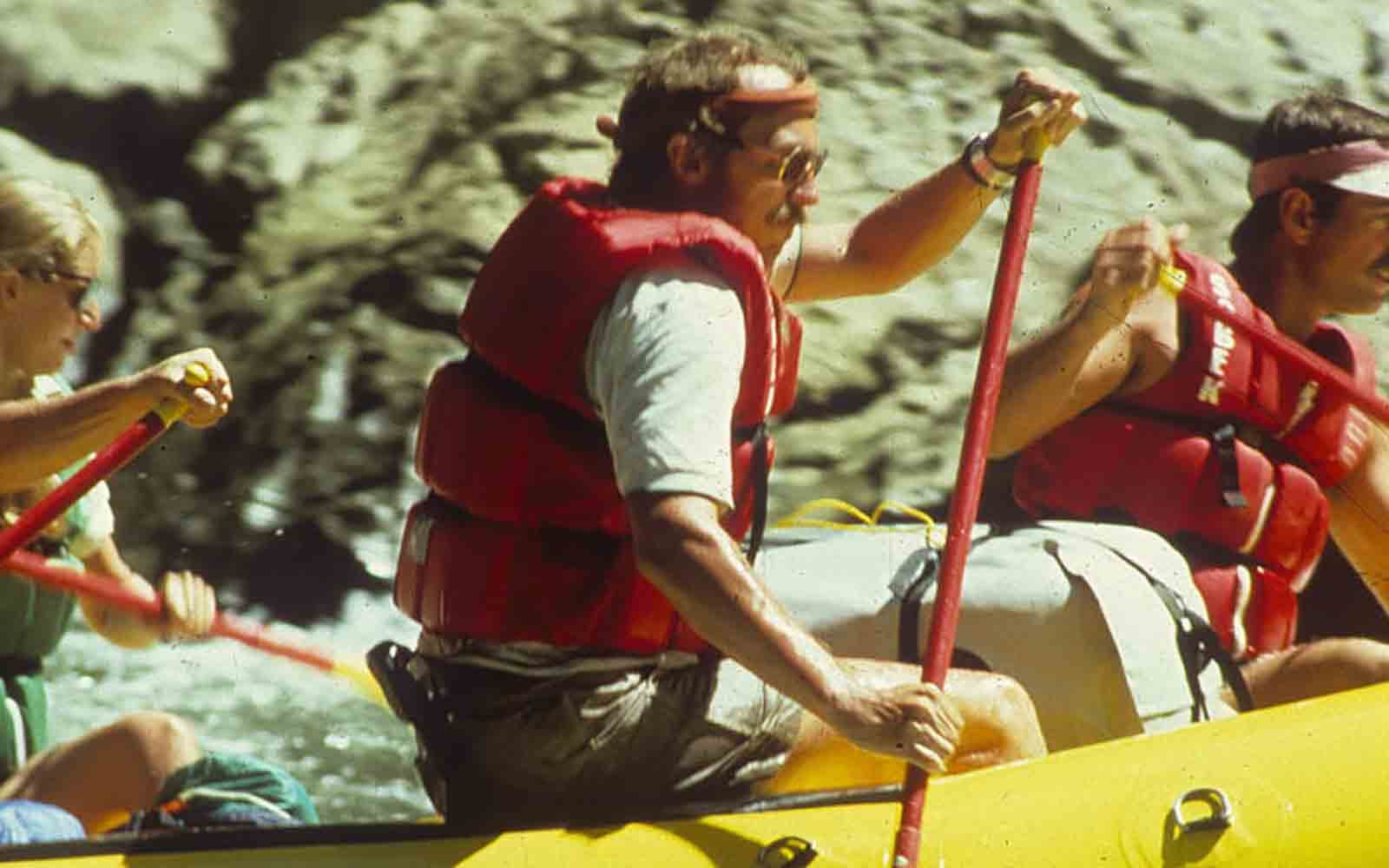 Richard has often been called the father of modern adventure travel since co-founding Sobek Expeditions back in 1973. He has spent nearly 50 years exploring the globe and led the first descents of 35 rivers, including the Zambezi, Indus, Yangtze, Bio Bio, Euphrates and many more. Richard still loves to lead exciting “out there” adventures and is looking forward to navigating Siberia’s Sayan Oka River with John Yost in 2019. Richard is an accomplished writer, lecturer and media personality-best known for his popular PBS series “Richard Bangs’ Adventures with Purpose.” Richard’s adventure travel knowledge and insight continues to help give MT Sobek. He remains on the Board of Directors today. 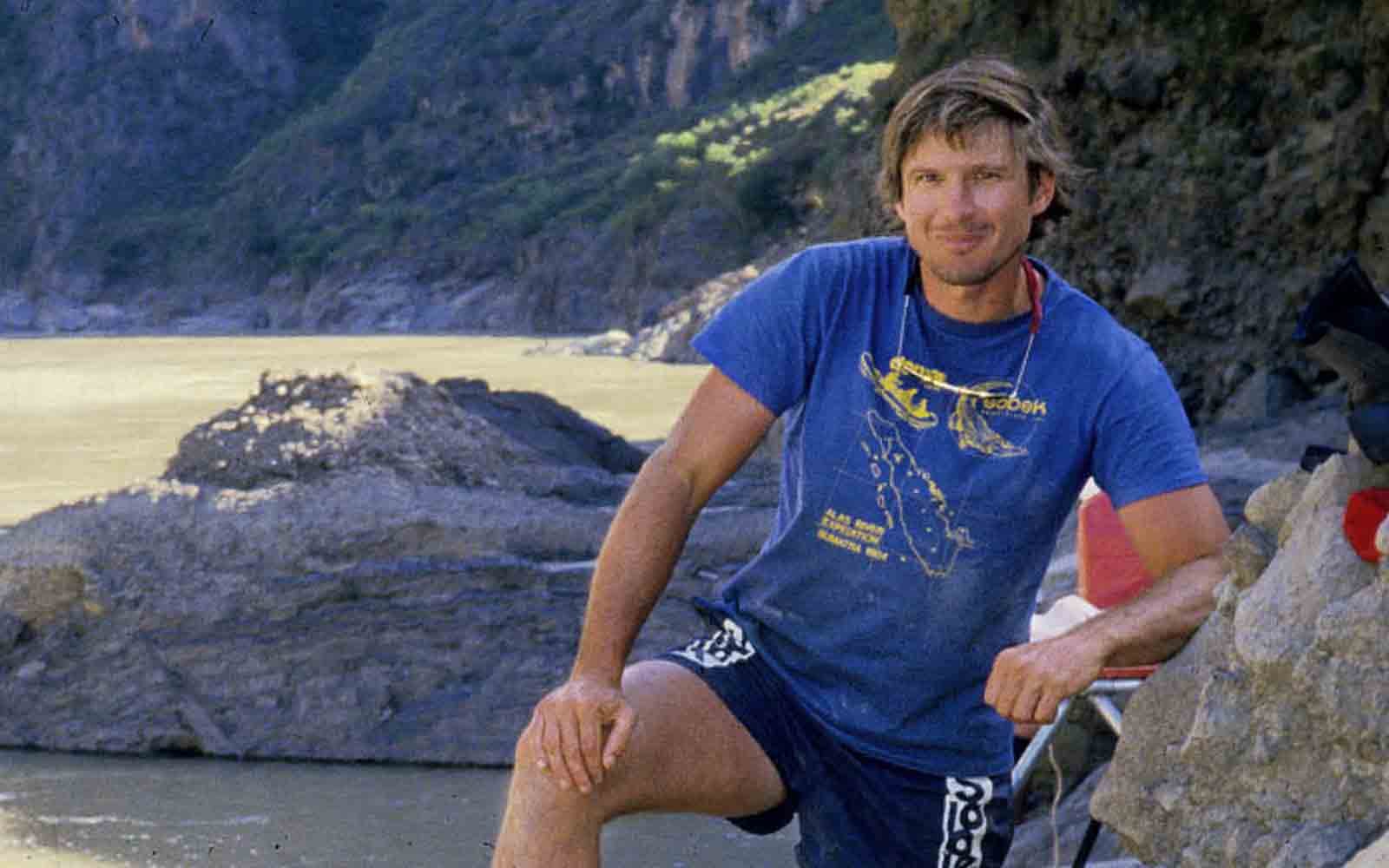 John Yost co-founded legendary rafting company Sobek Expeditions in 1973 and shared in many of the exploratory river trips that made Sobek’s reputation. In fact, he has run over 30 international river exploratories, has boated most of the rivers in the western US, and was recently named a member of the board of directors with Friends of the River—a non-profit organization working to protect California rivers. John is known for his culinary skills (especially Omo Chicken Curry, named during the first descent of the Ethiopia’s Omo River in 1973) and is looking forward to showing them off on his anniversary rafting trip to Siberia’s Sayan Oka in 2019.

Explore the exciting history of Mountain Travel Sobek from 1969 to the present day. Our pioneering firsts include the first Galapagos sailing cruise for the Sierra Club, the first descent of the Bio Bio River in Chile, and fields the first commercial cross-country ski expedition to the South Pole.

We want you to have the best adventure, so don’t hesitate to call our expert team of adventure specialists at 800-974-0300 to learn more. Or click the button to use our online contact form.

Contact Us
Thanks for letting us know!
This is how we improve bertha
What did you expect to happen?
Ask Bertha to Write About Anything
From email subject lines to full on blog posts and even Facebook adverts
Copy to clipboard
Add to Favourite
Report
Insert Default Content