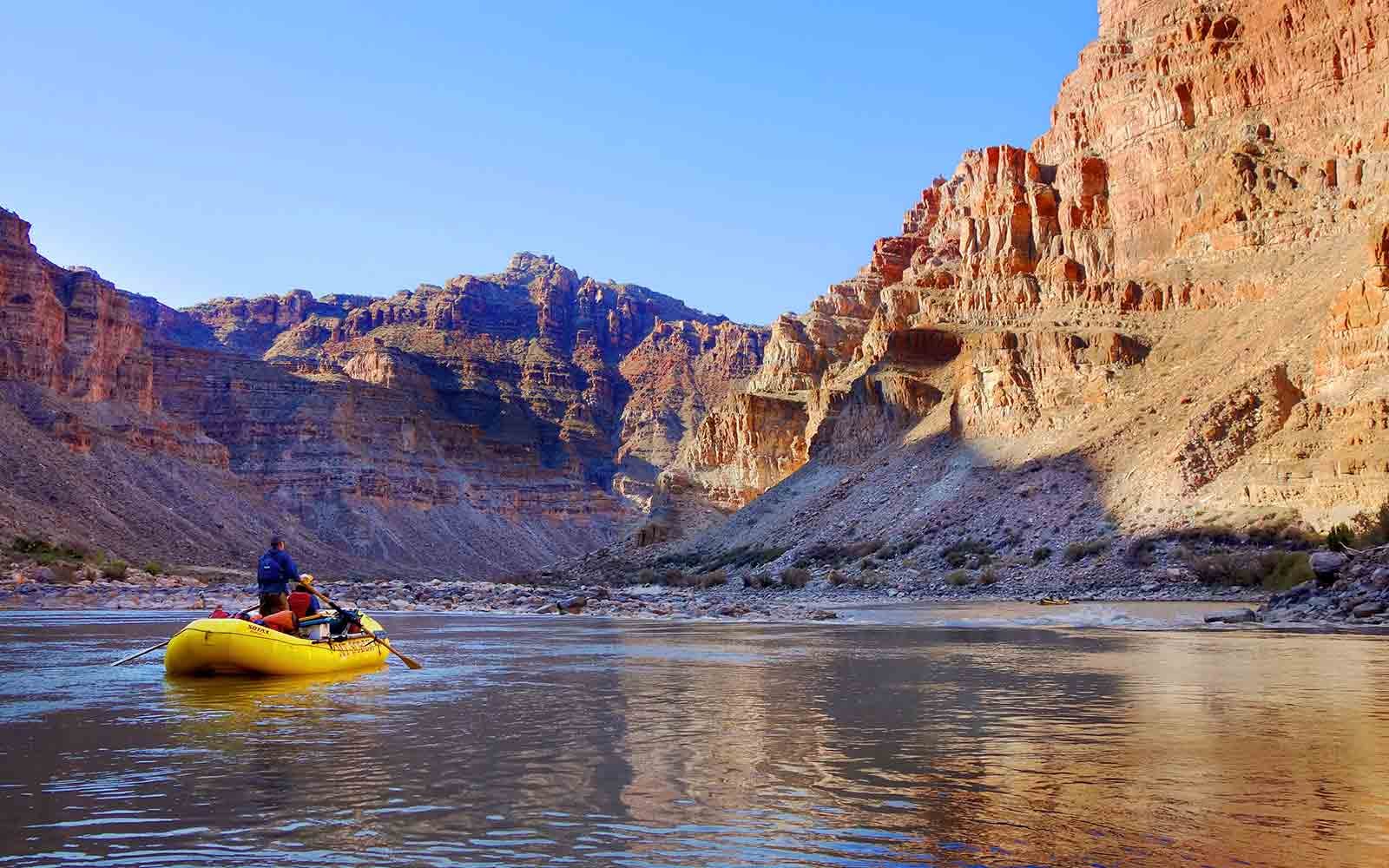 Explore With Our Guides

Experience your destination like an insider with the people who call it home. Our knowledgeable and passionate experts effortlessly create an immersive local experience for you.

Knowledgeable. Enthusiastic. Professional. Good-humored. Thoughtful. Supportive. The leaders on an MT Sobek trip are definitely the most resourceful, competent, and entertaining bunch of people you’ll ever encounter. They are trained to the highest standards and make it possible to meet the challenges of adventure travel. Consistently rated 4.8 out of 5 by our guests, we can confidently say they are the best in the business. Here are some of the guides you may meet on your adventure.

Luis was born in Seville, Spain, and graduated from the Universidad Autonoma de Madrid with a degree in Environmental Biology. He is fluent in Spanish, English, and French and has guided in Galapagos since 1999. In addition to being a professional nature photographer, Luis has a Master’s Degree in Geographic Ecology and is active with conservation groups. A born teacher, he enthusiastically shares his knowledge of the Galapagos with people of all ages. He lives in Quito with his wife, twin sons, and daughter and is MT Sobek’s head naturalist guide.

James Adiel Kivuyo was born in Arusha, Tanzania, and has been guiding since 2000. He is passionate about the conservation of biodiversity in African wildlife and has led hundreds of walking safaris through the Serengeti. James speaks many languages, from English and Masaai to the local dialect of Chagga and Kiswahili—the national language of Tanzania. His language skills help him to communicate with people from a broad cultural spectrum and he loves sharing experiences with travelers from around the globe. James is also a qualified Kilimanjaro guide and has assisted summit bids for over a decade.

Growing up, Mandela spent a season in Africa, a season in Montana, and various seasons traveling the world with her parents. She was raised on a nature reserve at the most southern point of South Africa and in the mountains and open plains of Montana. She has guided in Montana, Idaho, New Zealand, Morocco, Grand Canyon & Southern Africa. In addition to guiding, she plays didgeridoo, teaches Ashtanga Yoga, and produces/hosts the adventure radio series/podcast, “The Trail Less Traveled, ” dedicated to documenting humanity by collecting stories and sounds from the most remote locations around the world.

Laurent hails from Normandy, France, having grown up in Argentina. In 1991, he obtained his European Mountain Leader certification, and in 1995 he was awarded the coveted patch of the Compagnie des Guides. An avid sports enthusiast and inexhaustible hiker, Laurent has hiked the Tour du Mont Blanc close to 100 times. Laurent has been guiding for MT Sobek since 1995, and is a senior guide on our Tour du Mont Blanc, Mont Blanc Express, and Haute Route trips, as well as any other trip we can get him on! When he isn’t guiding for us, he teaches First Aid and Mountain Rescue to mountain and hiking guides; and during the winter, he’s a ski patrol monitor in the mountains above Chamonix.

Tomomi was born and raised in Tokyo. After completing her degree in international relations, she studied in the UK and the US. Later she lived in Hawaii and Israel for years and traveled extensively in Europe, the US, and the Middle East. She now lives in Tokyo, close to its center, and loves gardening, walking, cycling, and yoga. Tomomi enjoys guiding and sharing her knowledge of both the traditional and urban cultures of Japan.

Anne Stine is an accomplished Norwegian guide and has close ties to MT Sobek as the operations manager of a local guiding team. She is highly knowledgeable about hiking and skiing in Norway, and has skied 1,600 miles north to south across the country! Anne’s passion for the outdoors and for adventure travel, coupled with her love of guiding, makes her a perfect leader and trip companion. Meet Anne on MT Sobek’s popular Best of Norway’s Great Outdoors adventure.

Ro” was born in the Last Hope Province of Chile and grew up in Patagonia where he developed a deep love for the outdoors. He has been guiding for the last 14 years in Patagonia & Canada. Ro is an accomplished hiker, kayaker, mountaineer, and wilderness responder. He is also a talented photographer, with a keen eye for capturing the natural beauty of Patagonia. He is a certified Mountain guide and kayak instructor and has completed Wilderness Emergency Responder & Medical; (WFR NOLS-EASPA).

Erik was born and raised in the Asturias region of northern Spain and has been leading MT Sobek trips in Europe, Asia, and South America since 1989. Erik is a highly accomplished mountaineer and backcountry downhill skier who holds the coveted IFMGA/UIAGM certification, which is the highest professional award attainable in mountaineering. He has written two guidebooks on hikes and climbs in the Picos de Europa. Erik studied Humanities at the University of Oviedo-the capital city of Asturias-and received a Master’s degree in History. He is among MT Sobek’s most well-loved guides, leading Across the Pyrenees, El Camino de Santiago, and MT Sobek’s 50th Anniversary Base Camp Trek in 2019.

Andy was born and raised in the great outdoors of Montana. At the young age of 15, he launched his first trip down the Salmon River in Idaho and has never looked back! He spends his summers guiding down the Salmon before heading over to the Colorado River in springtime and fall to guide through the Grand Canyon. Internationally, he has spent time guiding in Nepal, Ethiopia’s Blue Nile River, and Madagascar’s Mania River. In the off-season, Andy works as a ski patroller at Montana Snowbowl and skis with his dog Dani every chance he can get.

Ayman grew up in Jordan’s historic capital city, Amman. He studied Tourism and Archeology at university and then qualified as a licensed guide. Ayman is a passionate person: he loves his country; he loves hiking and exploring the trails, canyons, and deserts of Jordan; and he loves sharing Jordan with visitors. He even helped with the scouting and mapping of the Jordan Trail! Ayman has guided thousands of visitors from various nations and backgrounds and cultures. His infectious smile and hospitable personality mean you meet him as a guide, but leave with a new friend.

Kevin McDermott—a.k.a. “Thirsty”—is an integral part of Mountain Travel Sobek’s Arctic rivers program. His laid-back manner puts everyone at ease, and he is a wealth of knowledge about Arctic rivers. Kevin has been guiding since he was 17 years old. Although he normally spends his winter months in Colorado’s Telluride ski area, he has climbed Denali three times, reaching the summit in 2000. Thirsty is a legend in the MT Sobek circle and endears himself to travelers with his expertise, calm demeanor, and sense of humor.

Lhakpa Norbu Sherpa was born in Namche Bazaar to a mountaineering family. (His father was a climbing Sherpa and went to the South Col on several expeditions, including the 1963 American Everest expedition.) After completing his education, Lhakpa spent time mountaineering on Kanchenjunga, the third-highest mountain in the world, and trekking among Nepalese peaks. Lhakpa has a deep interest in environmental issues and speaks Nepali, Sherpa, Tibetan as well as English. Lhakpa has worked with MT Sobek since 1983, first as a sirdar and now as a legendary trekking guide.

We want you to have the best adventure, so don’t hesitate to call our expert team of adventure specialists at 800-974-0300 to learn more. Or click the button to use our online contact form.