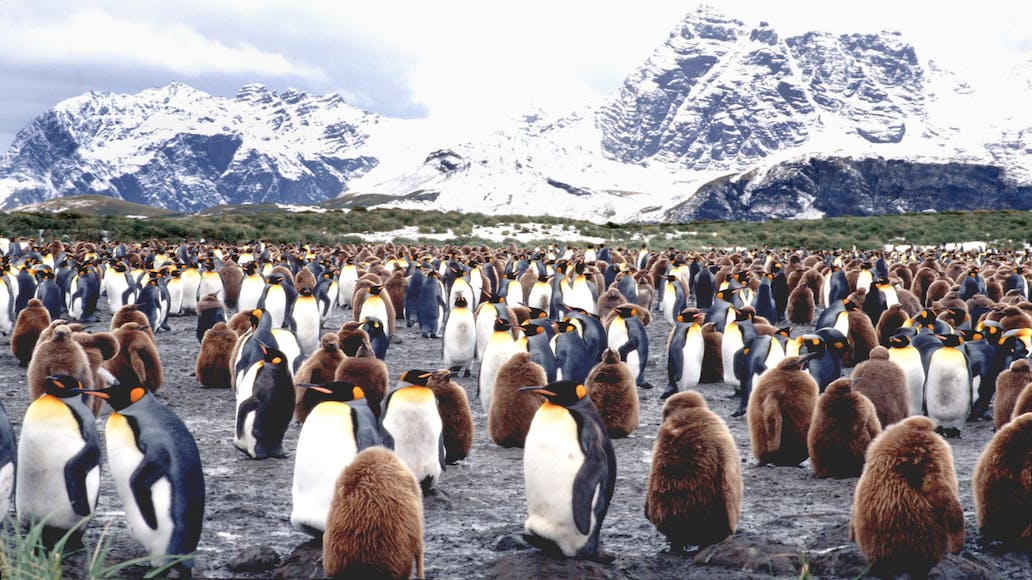 A Life of Adventure with MT Sobek

I’m not going to write about one trip—I’m going to write about Mountain Travel Sobek. My wife Antje and I were on 15 MT Sobek trips over a period of 32 years. And amazing trips they were! Our two Nepal treks (1971 and 1973) were before trekking became popular, and by today’s standards, quite primitive. Legendary Smoke Blanchard was our leader in 1971. 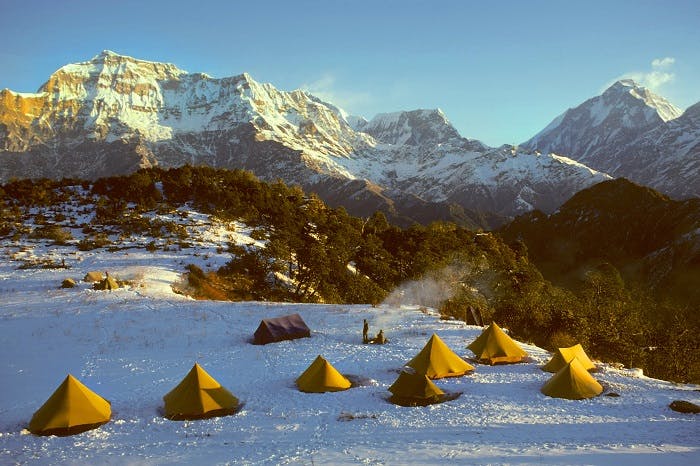 1978 saw us on an expedition in Peru’s Cordillera Blanca, with Bruce Klepinger as leader. It was a mixture of trekking and climbing in what I consider to be the most beautiful mountains in the world. The highlight to me was climbing Nevado Pisco, with a spectacular high camp that offered views of nearby ice giants. 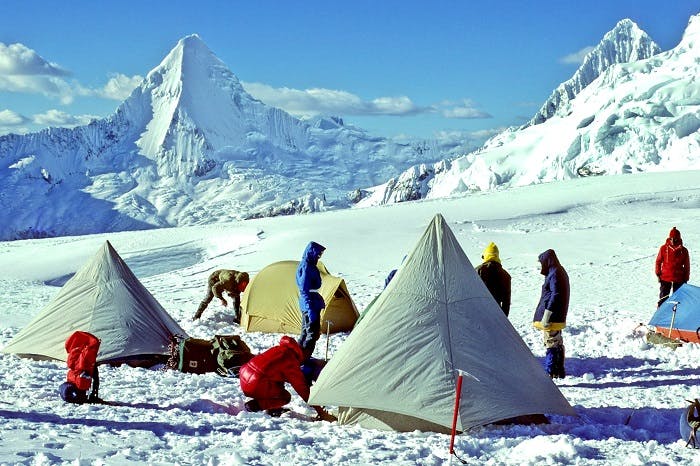 In 1998 Peru called again and we did the Inca Trail, 5 days of trekking with local porters to carry our loads, and camping along the way. Our guide was the amazing Peruvian Monolo Lazo. The trek was both strenuous and rewarding. The frosting on the cake of course was arriving at Machu Picchu. 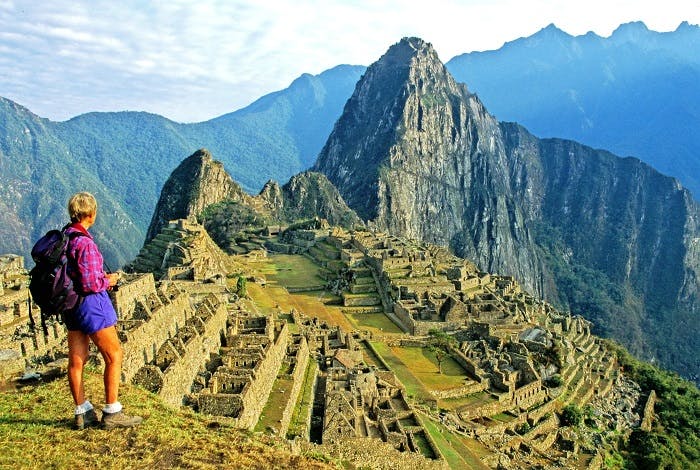 In 1993 we rafted the spectacular Alsek River. Although it was July it was cold, thanks to all the huge glaciers in the area. In addition to the stunning mountain scenery we saw bears, wolves and various birds. The MT Sobek guides were top notch both in rafting skills and good chefs. 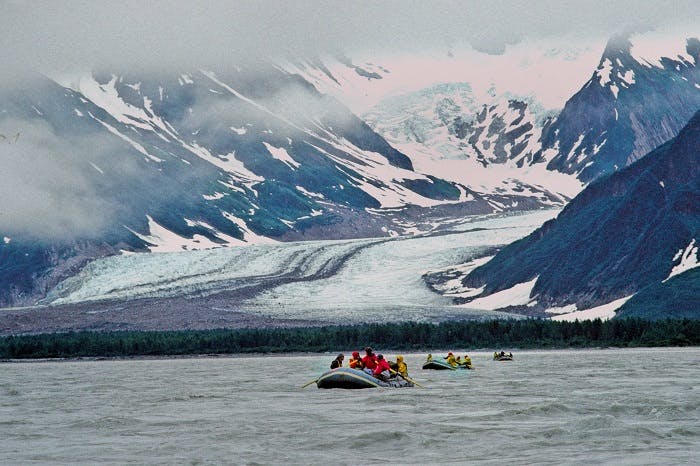 In 2000 we returned to that area and rafted the Tatshenshini River, which joins the Alsek after a few days. Our leader was Christa Sadler, an amazing woman who does everything first class. 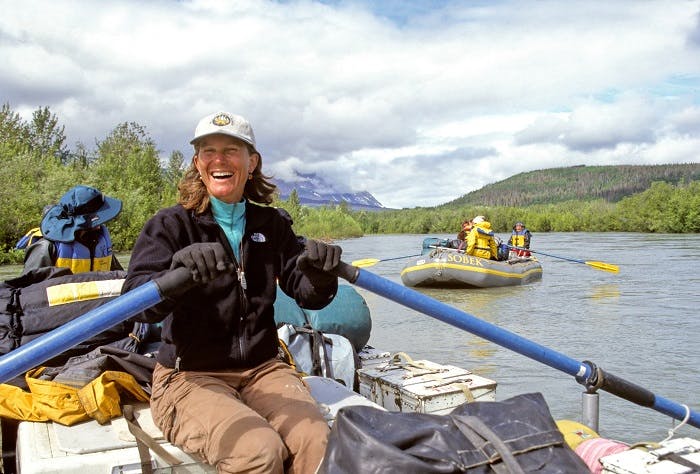 We were pleased that one of the guides was Sobek co-founder John Yost, who was both a great oarsman and a gourmet chef. John can cook for me anytime!

In 1993 a call from Mountain Travel’s Chuck Cross got us excited about seeing Antarctica, on the Russian ship Professor Molchanov.  With only 36 passengers it was a perfect way to see this wonderland. As I tell people who have never been there, going to Antarctica is like going to another planet. We saw four species of penguins, many seals, whales and birds, and a stunning landscape of snow and ice, even at midnight. 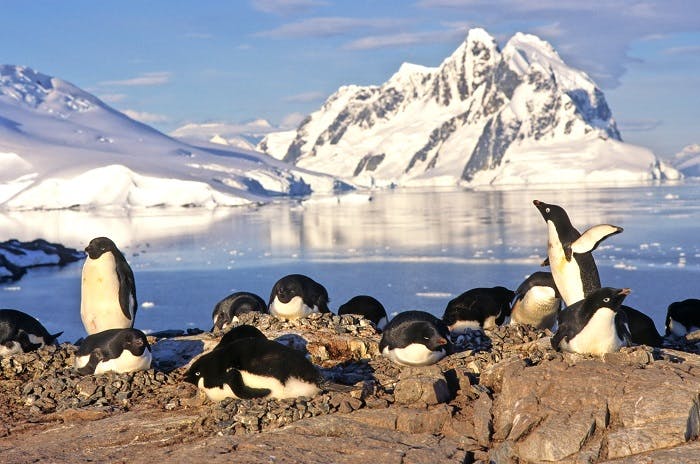 We were so fond of the Professor Molchanov that in 1994 we signed up for a trip with Chuck and his wife Lynn to Spitsbergen. The entire Svalbard archipelago is a wonder of peaks, glaciers and wildlife. We saw polar bears, arctic fox, reindeer, arctic fox, walrus and countless birds. 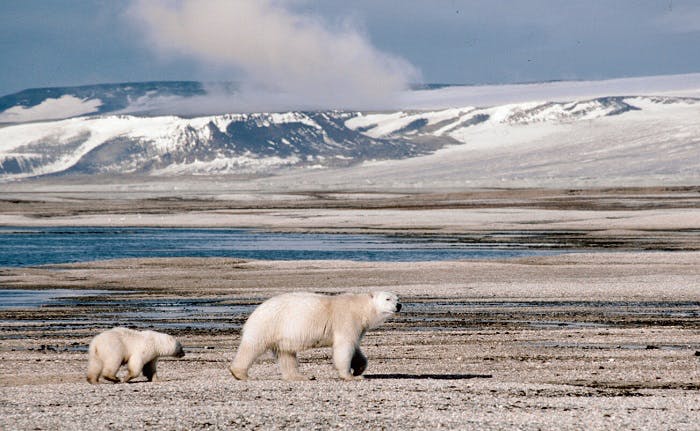 The next year we went on again on the Molchanov to Antarctica with Chuck as co-leader. It was a longer trip with stops at the Falkland Islands and South Georgia, the wildest place I’ve sever seen. The highlight there was visiting Salisbury Plains with countless King penguins.

In mid-1995 we were on an MT Sobek sea kayaking trip to Irian Jaya, the first and last one done there. Our leader was Olaf Malver, renowned for organizing trips to unusual places. We kayaked in Cenderawasih Bay, supported by local outrigger boats. We camped on beautiful small islands and visited villages along the way. Some of the people had never seen Westerners before. When we unexpectedly arrived by kayak it was is if we were aliens arriving from outer space. One village put on a party and we danced in 90% humidity! 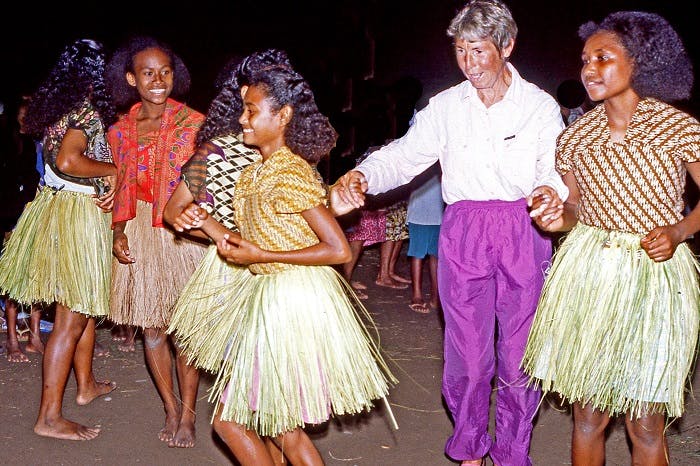 As climbers we have always been lured to the mountains so in 1997 we joined MT Sobek for a climb of Kilimanjaro. Our guide was Clive Ward. We started out with wonderful wildlife trips to Kenya’s Amboseli and Tsavo East Parks, then began the climb. It was a leisurely one, allowing us to acclimatize. We had nice weather on the approach, with nice tented camp sites. 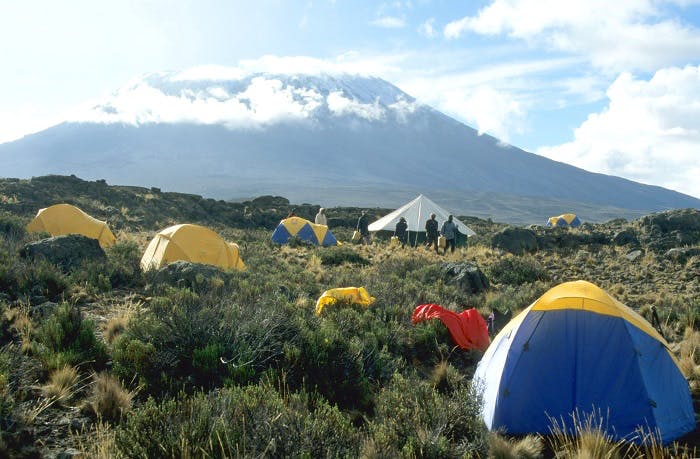 Unfortunately the weather turned bad on summit day and climbers ended in a blizzard.  So no good summit photos. The MT Sobek route was by far the best, because we had the mountain to ourselves. Some of the other routes are notoriously crowded.

In 1999 we joined Chuck Cross on the beloved Professor Molchanov for two end-to-end trips between Iceland and East Greenland. We spent several days in Scoresby Sound, the world’s largest fjord and visited

Inuit villages and went ashore in places for hiking and exploring. 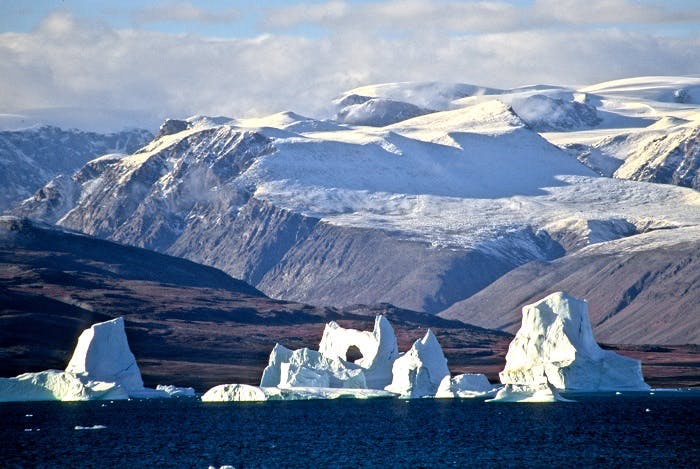 The next year we were on a MT-S trip to Morocco, with Kristy Larsen as leader. Morocco is a wondrous place with great variety. We visited mythical places like Marrakesh and Fez and encountered Berber nomads, but the highlight was a 5 day camel safari on the Sahara, where we camped in the desert. 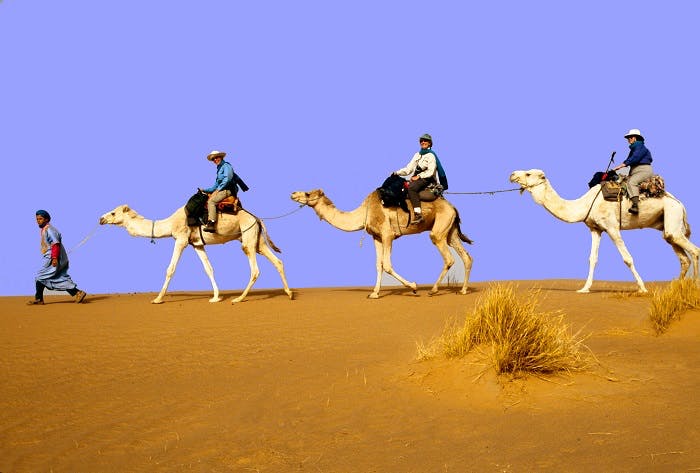 In 2003 we flew to Alaska and went on a short trip with MT Sobek’s Alaska Discovery. We kayaked and camped in and around Glacier Bay with perfect weather. It was thrilling to kayak near the big glaciers and around small icebergs. The trip ended with a day watching grizzly bears in Pack Creek. It’s amazing what MT Sobek can pack into one week! 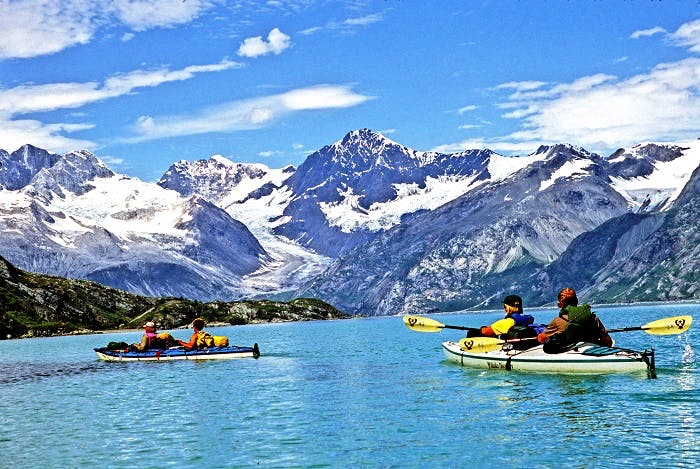 Sadly the years have taken their toll and we’re no longer up to strenuous travels. But we have many, many memories of great trips. So to all the folks at MT Sobek we say THANK YOU for enriching our lives. 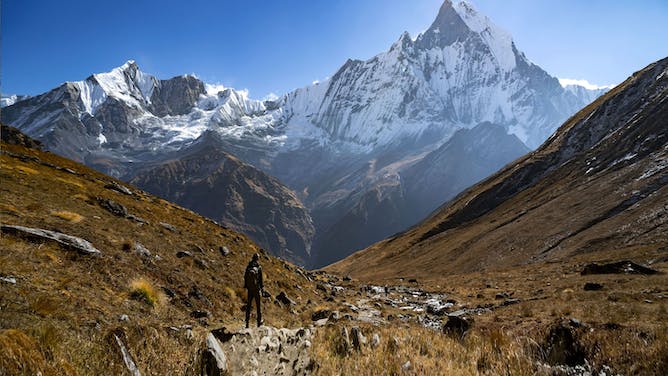 In 1986 my parents won a trip to Nepal with Mountain...
read more 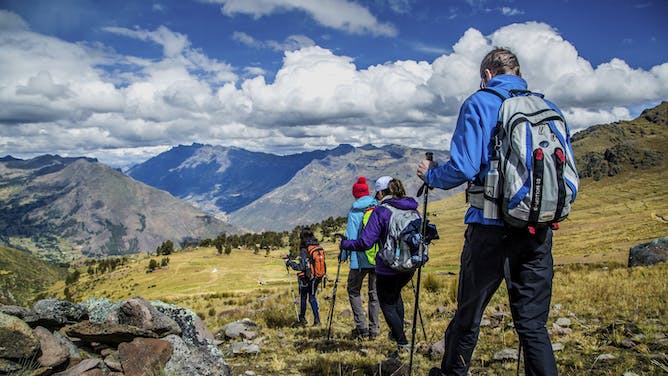 At the age of 52, I stumbled across a quote that...
read more