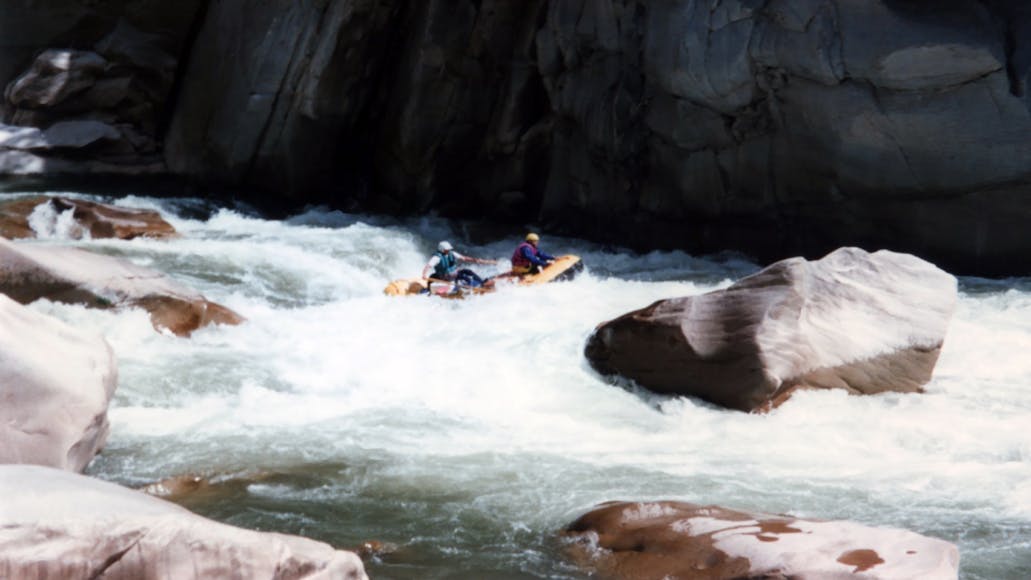 Afloat on the Apurimac

In 1997, MTS offered an exploratory trip on the Apurimac River in Peru at a keen price that we couldn’t resist. In 1997, the Apu was flowing at its highest level in 30 years.

The other Americans on the trip were Perry Robertson, MTS river operations manager and his wife, Jale; Jim Slade, MTS chief river guide, an expert rafter rowing the Apu for the first time; and Abigail Stavros. My wife Sandy was also on the trip.

Sandy and I both opted for Manolo Lazo’s raft. He had rafted the Apu before and seemed at ease. Jim Slade and George Fletcher, a veteran of the Apu, rowed the other rafts. In addition to the three big rafts, there was a diabolical Cataraft to carry Ernesto, our videographer, and some of our dunnage bags. These bags were virtually impossible to close tightly and challenging to stuff. Worse, many dunnage bags were loaded on the Cataraft with the closures facing forward, into the waves. 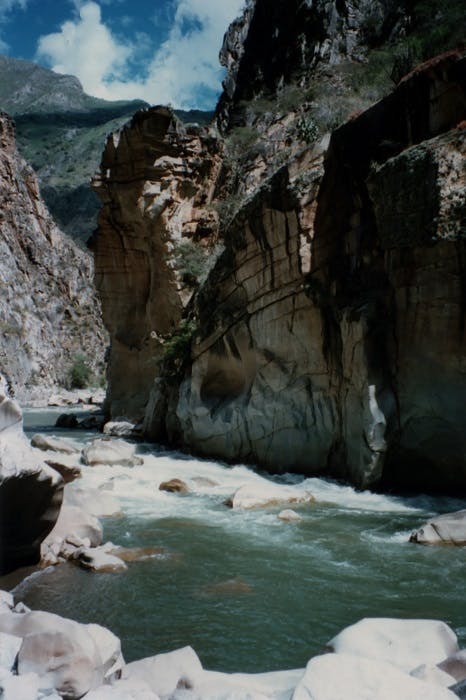 We set off with George in the lead, Jim close behind. Early on, Ernesto’s big, clunky video camera fell into the water and died. Talia, our stills photographer, lost her camera soon after.

Then George rowed straight in to a large hole. Never a good idea; really bad at very high water. The raft immediately overturned. “A hard flip,” Manolo observed. Jim, right behind, followed George into the hole. His raft folded in two, flinging Perry and Jale into the water, but didn’t flip. Jim grabbed the oars and stayed in, quickly rescuing the swimmers.

By the time George’s raft was righted, there was only time to find a take-out and make camp before darkness abruptly fell. Sandy’s dunnage bag had been under water on the Cataraft and it sloshed ominously as I carried it to our campsite. It was full of water. Her sleeping bag was in a plastic bag and very damp, but not sodden. I wore it that night and dried it with body heat.

In the morning, George, oblivious to the need to move promptly, led us onto the river in leisurely style. We ran some minor rapids without incident, then reached the first really intense ones. We lined the boats through them, competently but slowly. This sequence was repeated during the day, and we progressed without problems but not very far. 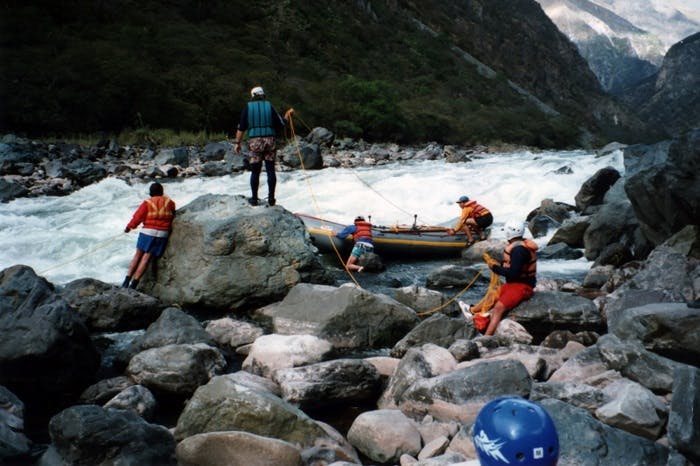 When night fell, we pulled over and landed at a very small beach. We slept side by side, with the sleeping bags touching. Squirms rippled down the line. The next day, we again made an unhurried start and, by late morning, faced a portage. It was hard, slow work, and the day’s progress was disappointing. We pulled over at another small beach, with just enough room for the boats piled on top of each other. There was a huge jumble of car-sized rocks beside the beach and we each slept among and on them. It was a surrealistic scene in the moonlight.

Next day, the river remained fast and, for want of a better word, furious. In the late morning, Manolo was presented with a tough choice: Call high side and probably scrape us against harsh rocks, or risk a flip. We flipped. I was back on the up-turned raft in seconds, but Sandy had been flung into the main current and was moving swiftly towards the next set of rapids, very audible a short distance ahead. There were no eddies available, nothing to grab. Jim Slade rowed his boat to where Perry could snatch Sandy from the water and, amazingly, rowed back before being swept into the next rapid. A real pro.

In mid-afternoon, we struggled over our second portage at Space Odyssey rapid. Hard work. When we were back in the water, we immediately faced a very short, very fierce rapid. George went first, a clean run. Then Manolo, with us aboard, nailed it. Then Jim’s luck ran out and he flipped. So did the Cataraft. We took out a short distance downstream. Jim had clearly thought Sandy’s leaking dunnage bag was caused by ineptitude. Surprise! His leaked just as much. He had not got his sleeping bag into a plastic bag, so it was soaked. Sandy looked quite competent (and a bit smug)! 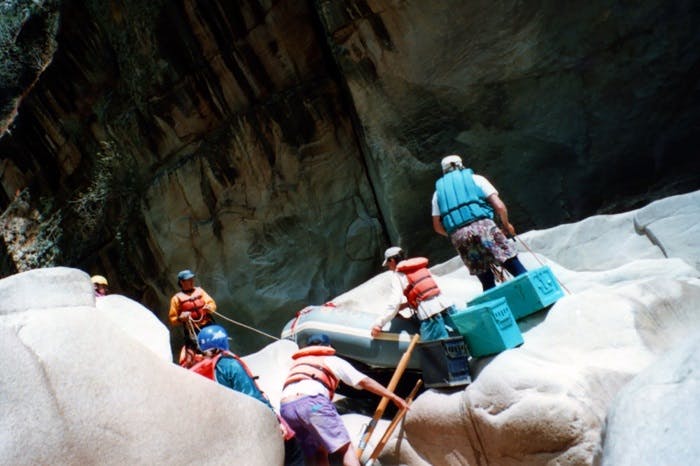 We had been working hard, so George reasonably decided we would stop before dark at a pleasant campsite. We even slept in tents. Luxury.

The following day, refreshed, we launched fairly promptly. We made good progress until mid-afternoon, when we suddenly arrived at a tight, undercut pourover immediately followed by a keeper hole. The three big rafts reacted in time and pulled to the shore. The Cataraft almost flew over the pourover and stopped at its very edge. Ernesto, the videographer, riding on it jumped onto a rock, a yard from the pour over as the Cataraft swung away and safely reached the upstream bank, leaving Ernesto marooned on his rock. After several tries, he caught a throw bag. Finally, on a count of three, he jumped and the four strongest pulled on the rope. He literally flew to shore. Never a dull moment.

Meanwhile, the party waiting for us at take out had sent a telex to MTS in California saying that we had not arrived as scheduled. The next morning, they sent another, saying we had still not arrived, that they had seen no floating wreckage or bodies, and that a helicopter would go out in 2 hours.

We arrived an hour later. 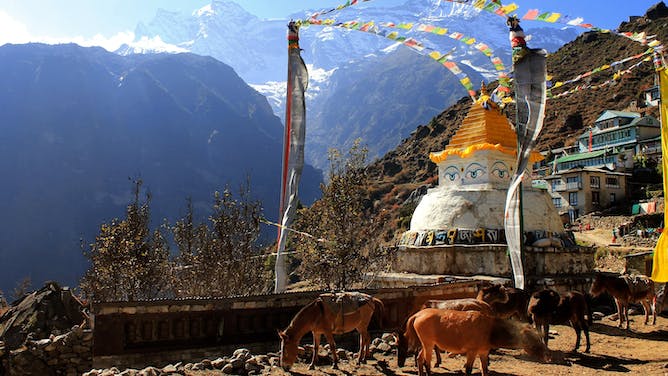 My Transformative Journey to Everest Base Camp

Why would a 69 year old want to trek to Mount Everest Base Camp? I’ve...
read more 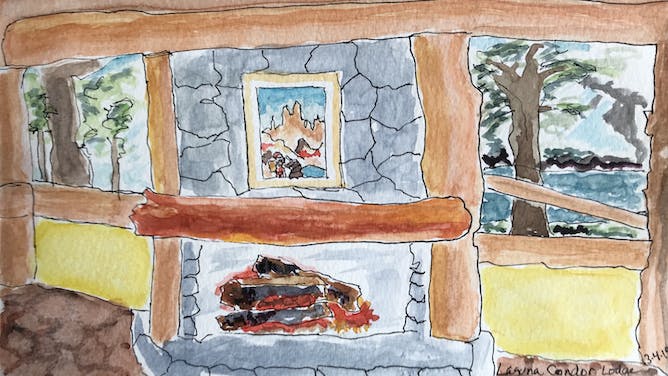 When MT Sobek rates their adventures, they aren’t kidding. To avoid being an annoying 70-year...
read more