In 1979 I met my future husband on a blind date. We had dinner with the usual meet and greet and then the most fascinating experience unfolded. He had returned nine months earlier from a Mountain Travel trek to Nepal.

Well, at that time, Nepal was not an every day word. It was exotic! The next few hours I listened to so many words I had never heard before: yak, doz, mani walls, chortens, shrines, temples, dokos, porters, sherpas, monasteries, stupas, cairns, and tongue twisting places like Kathmandu, Gokyo Ri, Lukla, Namche Bazaar, Jiri, Cho La Pass, Pangboche, Lobuche, and Everest Base Camp. Where was this place, and who was this guy that had a curiosity, as did I, about world cultures, who photographed people, and places, and had a thirst for the next adventure? I wanted more stories… 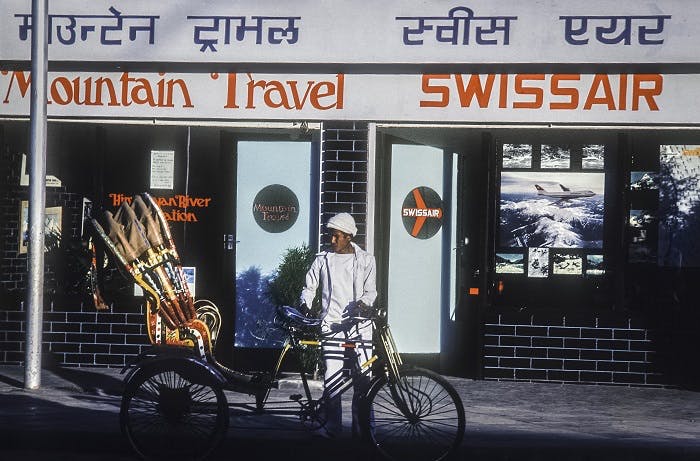 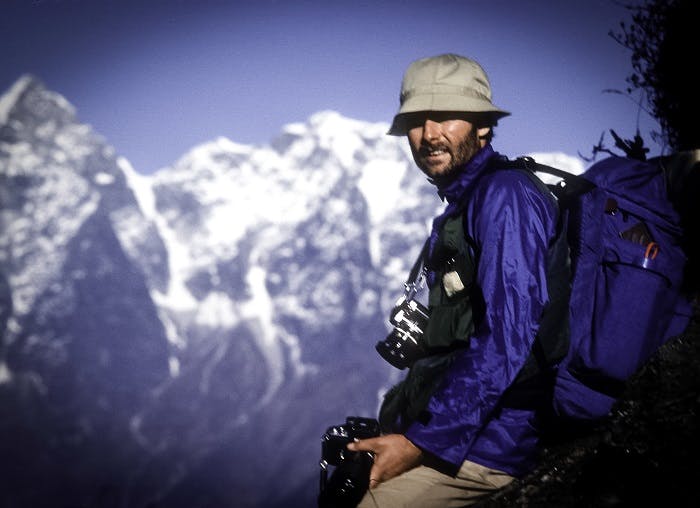 Cary in the mountains on the Everest Trek in 1978 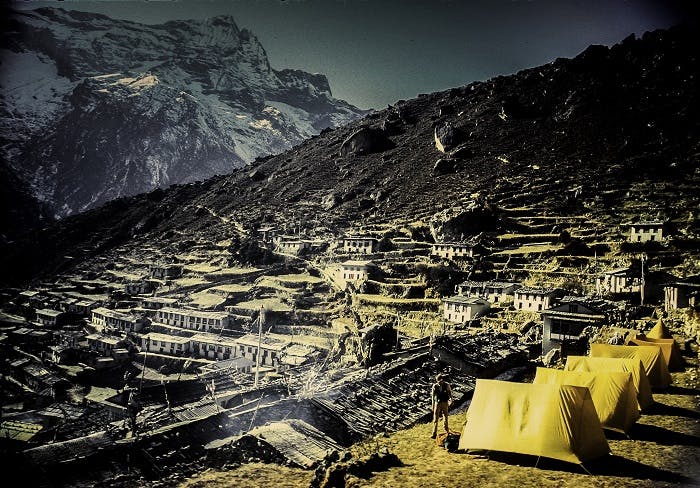 We became partners and explored the world. Many of our best trips were ultimately taken with Mt. Travel: hiking and camping in Patagonia, trekking the Pyrenees in Spain, cross-country skiing in Norway, hiking in Switzerland, touring in Kenya, and climbing the mountains in Bhutan.

At this point we have been to 130 countries, and still have a strong desire to continue our quest to explore many cultures and countries. It is an ongoing virus that is never cured and one which we do not want cured!

So finally, after years of stories about “the great adventure to Nepal” from my now husband, I decided to venture forth and see Nepal for myself. Traveling to Katmandu and then flying to Lukla with several girl-friends, our ultimate goal was hiking to the base of Ama Dablam. After 5 days of failed attempts to fly into the fog-filled valley, our MT guide hooked a ride for us on a Russian helicopter. We ran to the helo, jumped in, and took off, and after less than an hour, we were in the mountains running from the aircraft, while stranded hikers in Lukla jumped on. Thus began our fabulous hike along the same trails my husband had trekked 35 years before! 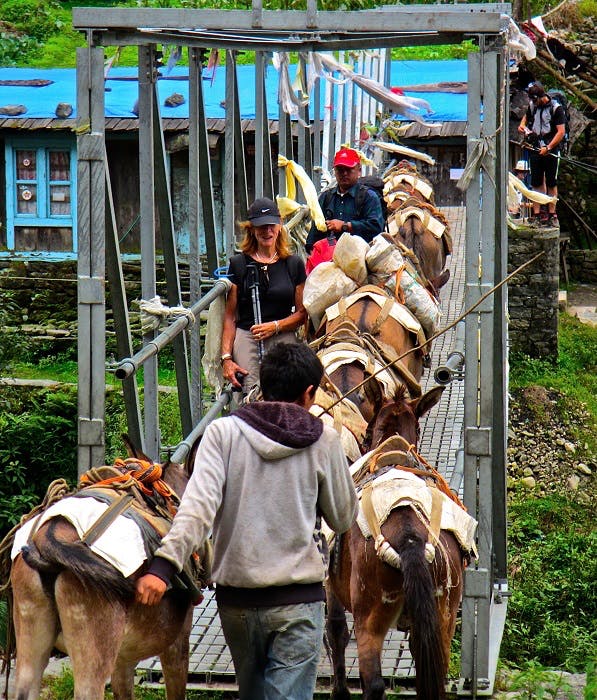 Of course by then all of the strange words were a part of my every-day vocabulary, and I felt completely at home in this exotic, familiar land, as if I had traveled here in 1978 along with those young adventurers walking to Base Camp and beyond.

Our love of travel was part of our initial attraction to one another, and became a fundamental part of our life together.

Thank you Mountain Travel, for years of great adventures!!!!

About the Author Meganne Behle