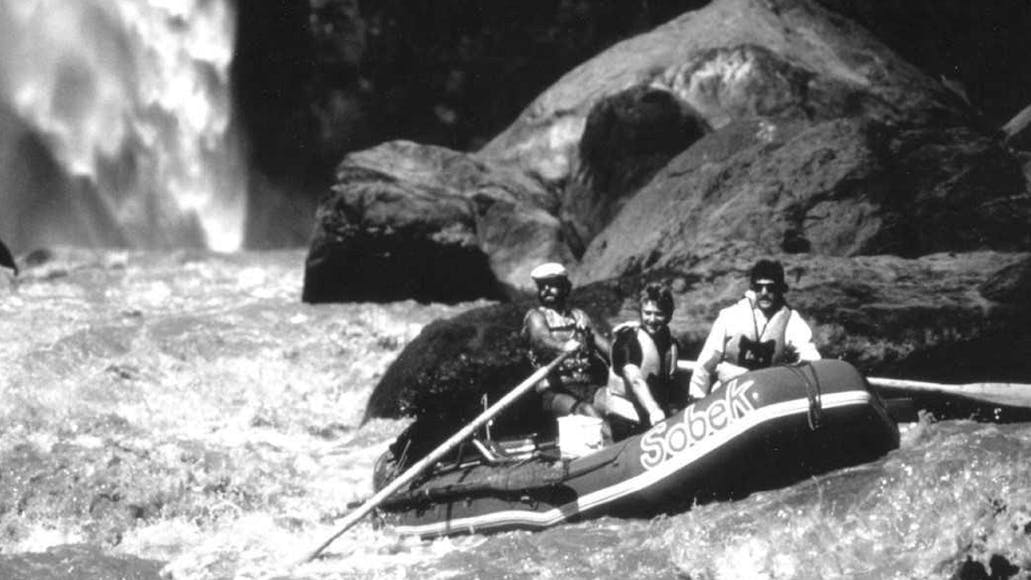 I went on the first commercial descent of the river in 1979, when the Bio Bio was amazingly pristine and wild, giving us an unforgettable adventure into a then pristine part of Chile. The river was technically difficult, and they ran the first exploratory run in 1978; our group was the first commercial trip. Since that time, two newly constructed dams on the alto Bio Bio have created environmental issues and roads that have brought tourism into the area. Its wildness is gone.

We unloaded the rafts, equipment and set up tents where we had a sweeping view of this beautiful lake with Volcano Lliama rising in the distance to the south. 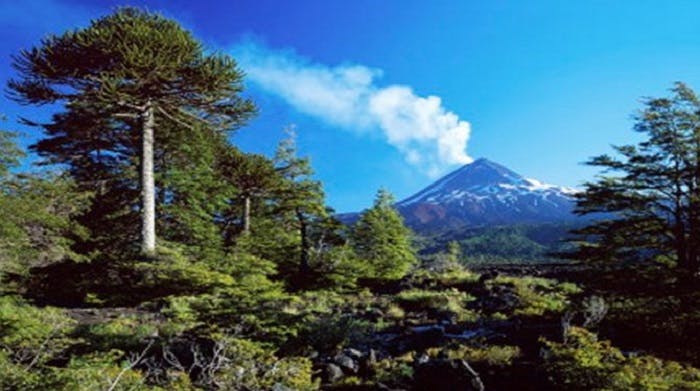 The weight of the gear, riding low in the boat, adds further stability to the raft in the torqueing and twisting of powerful river hydraulics. Everything is lashed down securely, either to the boat or frame or both, to prevent its loss in case of a flip. 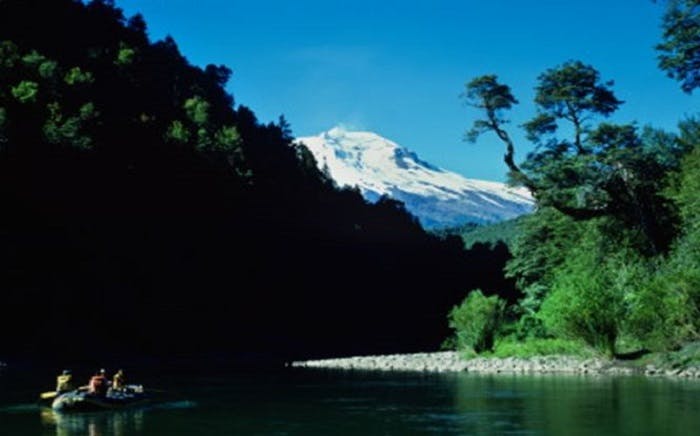 It was a scenic and tranquil place, with open auracaria forests mixed with grass fields. The excitement ran high and we anticipated an incredible adventure.

The current took us north and within several miles the river joined the other source of the Bio Bio from Lago Icalpa, doubling the volume of the river.

I asked if I could row in this easier section of the river, just to exercise, and practice my working a loaded raft. I remembered to point the bow in the direction of where you don’t want to go and pull hard. I was not skilled, and in this easy section and I was so captured by the scenery and in conversation with Jim I misread the first major rapid small rapid, and dropped through a tight series of small boulders almost getting us stuck. Jim hadn’t said anything to me until now, and it was time to concentrate. We were beginning to feel the Bio Bio’s strength. 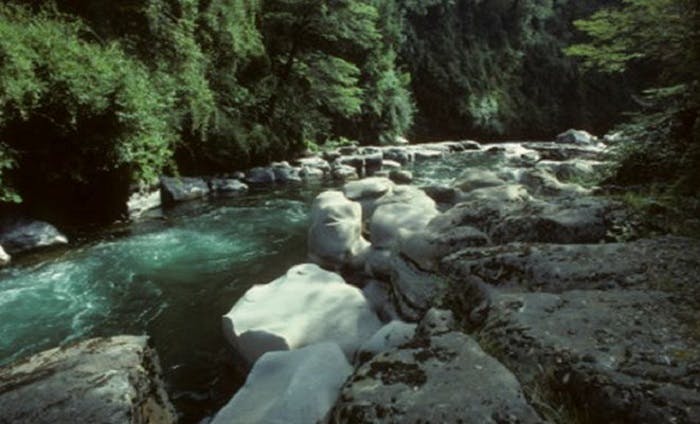 After lunch we continued to float through pristine araucaria forests, and encountered our first series of rapids with names that include Jug buster and Zorro. We pass under a hand-made suspension bridge built by locals, and it looked rather precarious hanging above the river.

There are more rapids in the afternoon, and with every passing mile the river was showing us a combination of the best features a river can have: resplendent scenery, powerful rapids, clear water, and good fishing. Dave, one of our younger passengers, broke out his fly rod and cast his nylon line over the stern. Minutes later he had a heavy strike, and with a long fight brought a five-pound brown trout flopping into the bilge. He was elated and threw the line in again. Within seconds he had another strike, and another five-pounder. Trout were introduced into the rivers of Chile, and have spread throughout the region well. 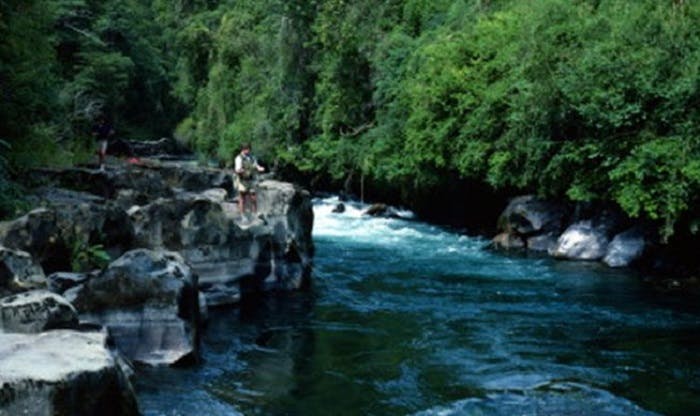 As we began to enter the steep, glaciated volcano slopes, Mount Callaqui came into view in the distance above the river, rising dramatically above the cliffs topped by Araucaria. It is a beautiful place, with Callaqui rising above the green forests throughout the afternoon, and with high steep hills, and sweeping vistas of the river overlain with layers of trees, each one bluer in the distance. Kites like seagulls skim up and down the river; a cormorant can be seen on a rock in the middle of the rapids. The mountain was silhouetted magnificently in gold from the late evening sun. We gather firewood upriver and glide through quiet sections of flow with slanting evening light streaming through the forest onto the river, highlighting the spectacular vista of Callaqui. 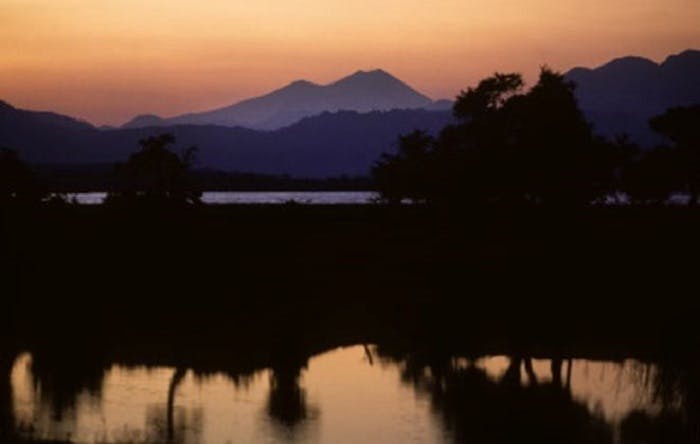 That evening we camped upstream above the entrance of a narrow canyon that marks the beginning of the rivers largest rapids wedged for miles between canyons of basalt. Tomorrow we would attempt to climb as far up the mountain as possible, ascending a trail above the basalt cliffs. At dusk, the volcano lights in yellow to mauve alpenglow. A continuous cloud of steam rises above the side vent near the summit, and I watch the glaciers turn from yellow in the evening sun to crimson as the sun sets.

Afterward there is a call for songs. I start several, John Denver folk songs like ‘Country Roads”, and most join in.  We continue to stare at the night sky by the campfire. Presently the sky became darker exposing the Milky Way and constellations, of which the most familiar is Orion. Listening to the current of the river, I quickly fell asleep in my tent. 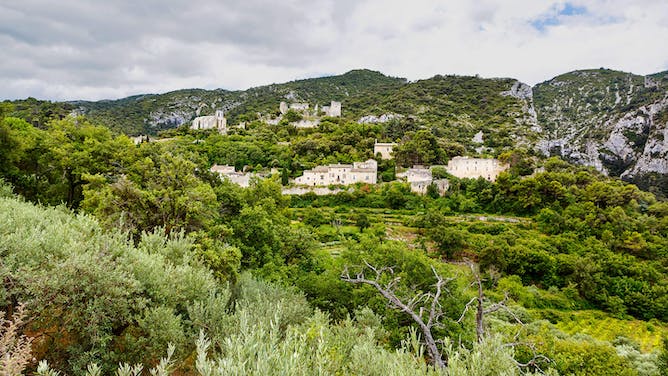 Hidden behind the town of Saint Rémy in the...
read more 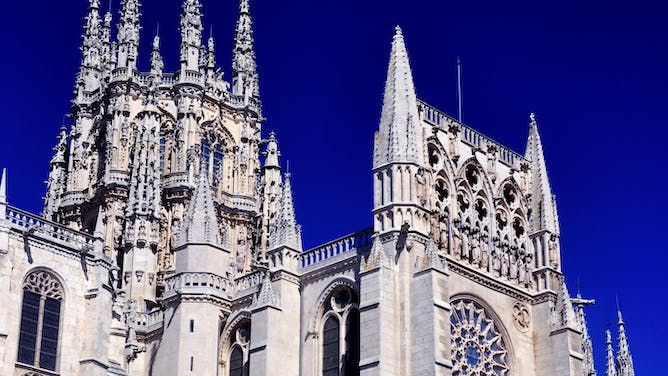 A Godwink on El Camino

I had desired to walk El Camino since I was...
read more