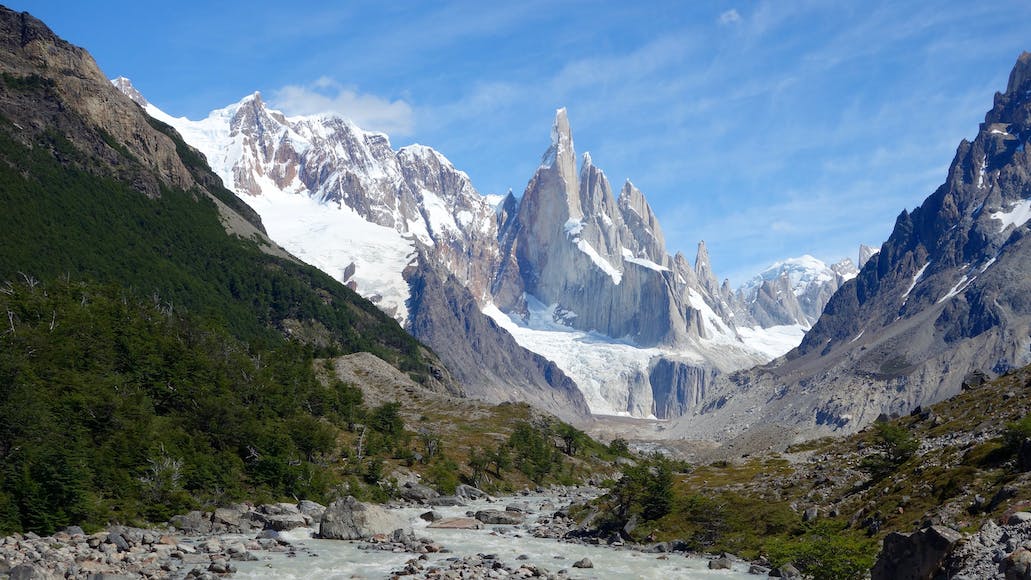 Going the Distance in Patagonia

“We should go to Patagonia.” I heard this many times before investigating the available trips. Soon after, we were booked for Hiker’s Patagonia in January 2016. Not the best time of year to get in a lot of preparation for hiking, but living in desert country and not wanting to be the ones to hold up a group of fellow hikers, we managed to put in some miles almost every day. 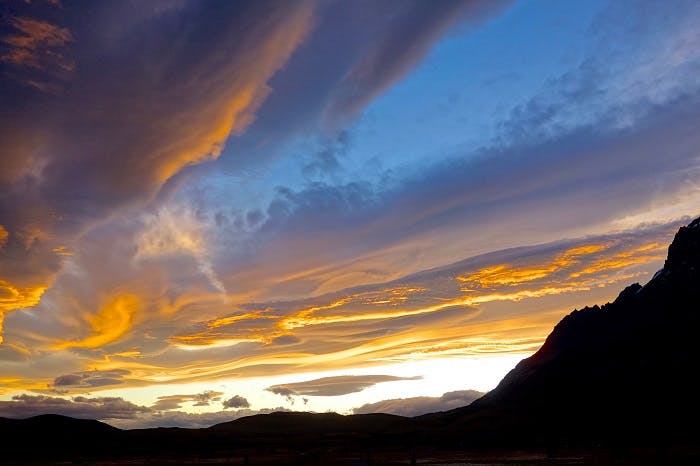 Our first significant hike of the trip was to Base de las Torres—the first leg of the “W.” Our guide, “Ro,” warned us of “undulations”—a euphemistic and diplomatic way of letting us know we would be going up and down enroute—and a description we would hear most days. 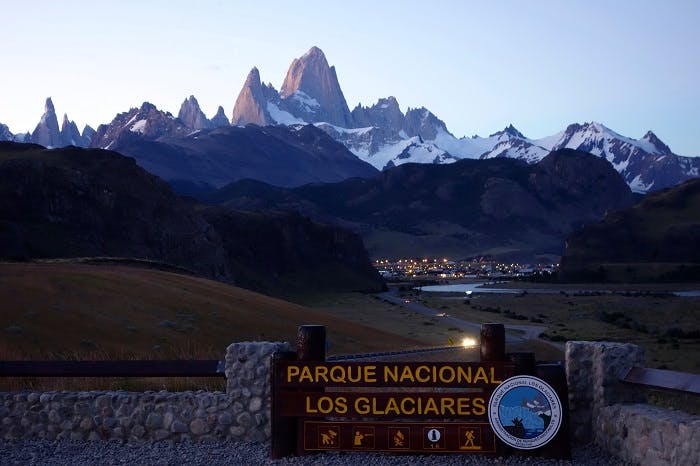 We were traveling with a group of 13 new friends and we were the “eldest couple”—one balding and one fully grey. The third day of the “W” was to be the longest (26km)—from Refugio los Cuernos to Refugio Paine Grande with an option to ascend the out and back, middle of the “W” to Mirador Britanico at the head of the French Valley.

“Go for it, we’ve come too far not to,” we thought, and so we did with only one other person in the group (the youngest) and guide Ro. In spite of a brief rain shower during our lunch stop (the only rain of the trip), we parted with the rest of the group and started up at a moderate pace (the morning pace had been very slow.)

We reached Mirador Britanico in good time, made photos, congratulated each other, and avoided being blown off the view point. Then the race began: we think Ro was concerned about our arrival time at Paine Grande. The pace was relentless until we reached the junction at the bottom of the French Valley where we took a short snack break—before continuing the 5km/hour pace. 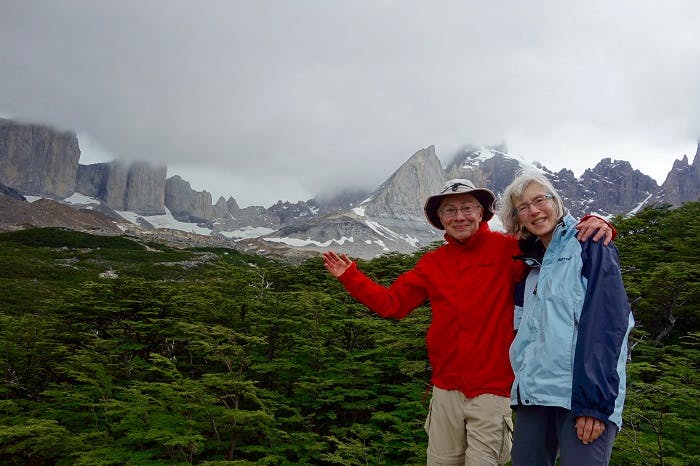 Passing Lago Skottsberg the wind increased significantly and Ro held on to us at one point and also remarked, to our amazement, that it was not a super windy day. We arrived to dinner on time and were met by cheers from our fellow hikers. 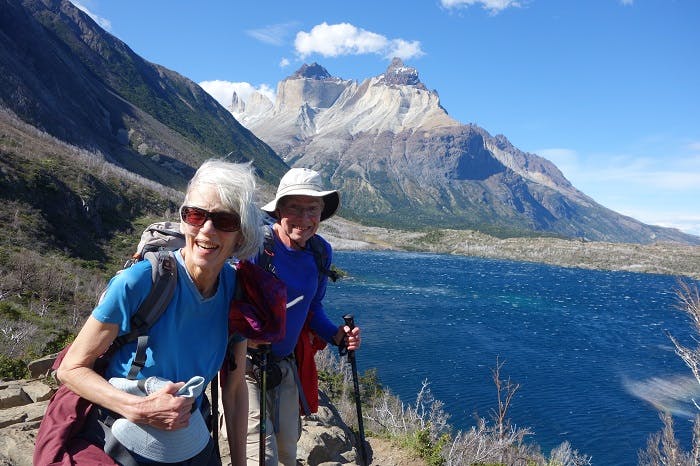 The next day was easy: only 11km to Refugio Grey where we boarded a boat on Lago Grey for a tour of the glacier face and on to our hotel. On board the boat, Ro talked with other guides who asked him if anyone in his group had hiked to Mirador Britanico. Ro pointed to the three of us who had, and and then singled out my “grey headed” wife and said, “and that one was as fresh as a leaf of lettuce!” 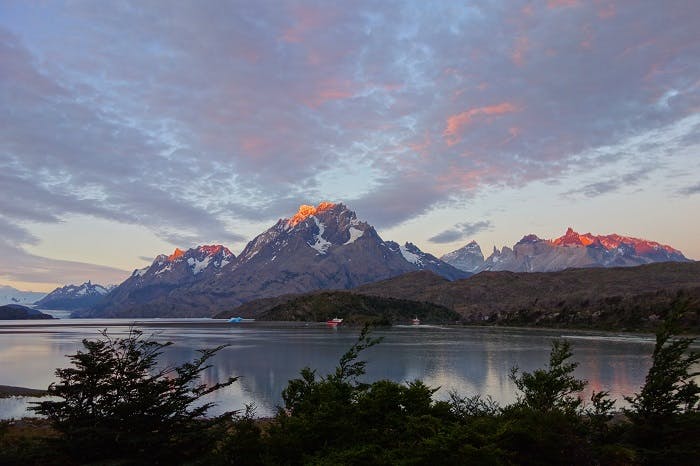 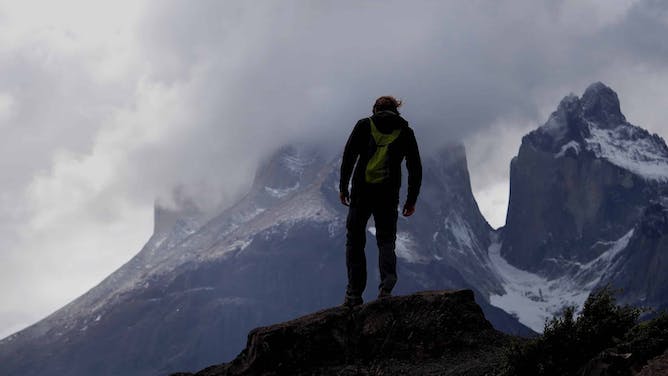 If an adrenaline rush equates to adventure, there was no shortage of that on our...
read more 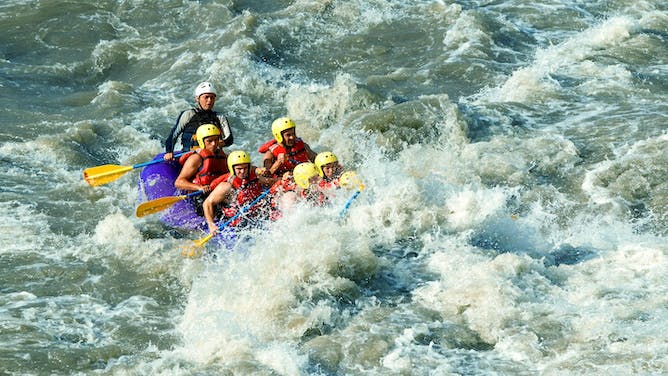