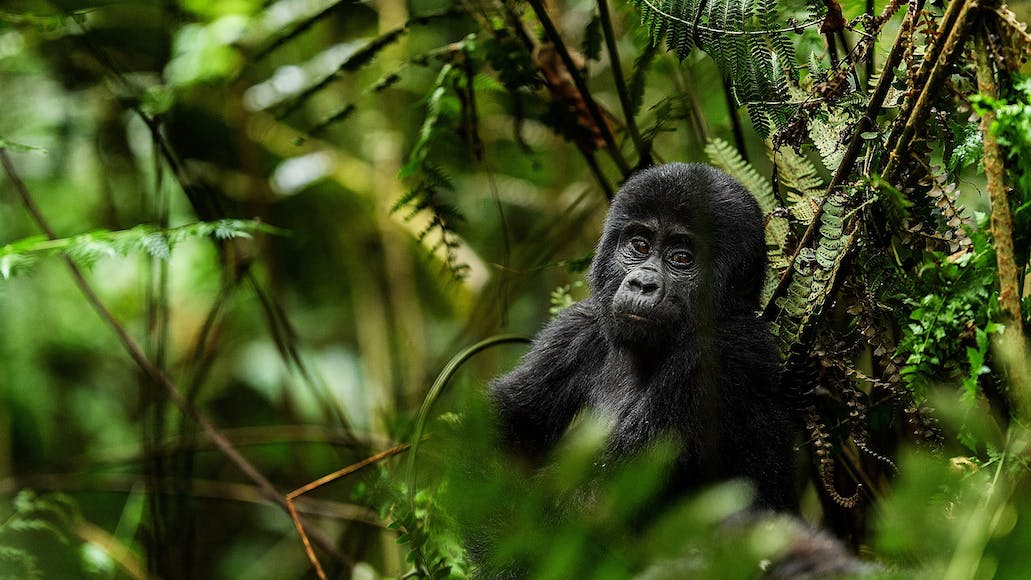 Gorillas of the Virunga Mountains

Twelve thousand miles on a plane. Eighty miles in a rickety jeep. Three miles slowly panting up a steep mountain side. Now, in the dense rainforest, I was on my hands and knees. I looked up. Partially hidden in the bush, moving in my direction—a gorilla!

It was 1983, in the Virunga Mountain Range in Rwanda, and Mountain Travel’s first trip to view the gorillas. Or rather, to try to view them. If we found the gorillas, and that was a big if, we had just one hour to observe them, no more. Those were the Park rules. The trek had begun at sunrise, after breakfast by our campfire and a sound sleep in the tents we pitched the night before. Our Mountain Travel Trip Leader had provided for us well because in 1983 there were no hotels or any tourist amenities.

As our small group trudged up the mountain side, our Rwandan guides went first, their machetes carving a path through the dense foliage. Hour after hour, we climbed higher and higher up the makeshift trail, eventually passing the sleeping nest the gorilla family had made the night before. We knew we were close and crouched down. So far, our guides had communicated with us in halting French or English. But now they “spoke” Gorilla, rumbling a low cacophony of tones and belches mimicking the gorillas’ sounds. This let the family know we were in the area. 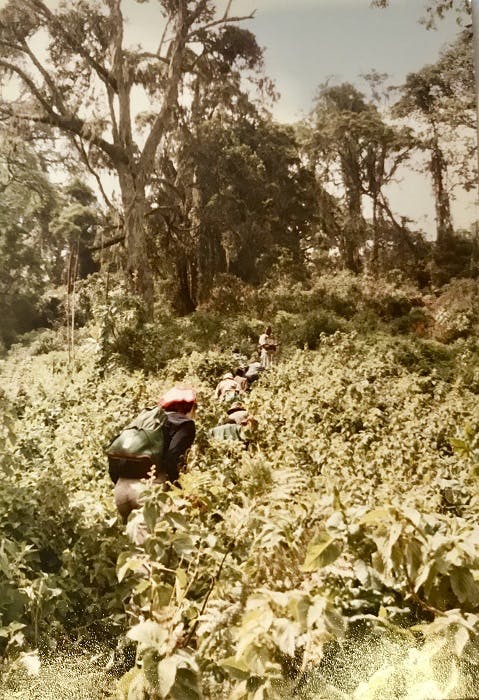 Suddenly, I glimpsed a movement through the bushes and turned my head ever so slowly. I saw her. I froze, barely breathing, not wanting to frighten her away. From her size, I could tell she was an adult female. We would see the rest of her family and the silverback male a little later. She plopped herself on the moist leaves, seemingly indifferent to the eyes on her. She started to wolf down some stinging nettles. These very same nettles had been poking their way through my pants legs and setting my skin on fire all the way up the mountainside. How could she put them in her mouth? 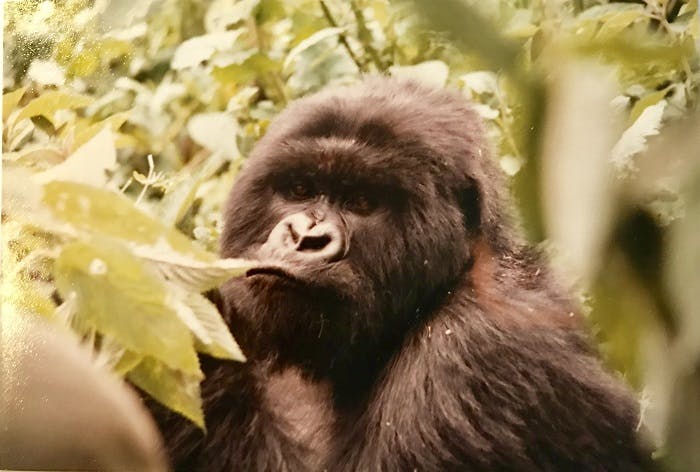 The gorilla was in control of our meet-up. From six feet away, she watched me and allowed me to watch her. She grunted and let out a low belch. She pulled at more vegetation and shoved it in her mouth. She clearly was hungry. Another grunt and she waddled off. 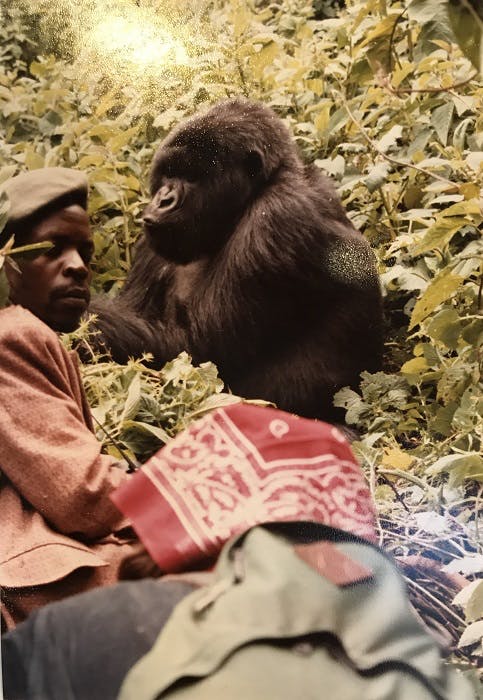 It was all over in a few minutes. I’m pretty sure my mouth was agape. I had just been in the presence of the most magnificent creature I had ever seen. There were no bars, cages, or the concrete of a zoo. I had seen her poised in her own habitat. I felt humbled to be in such close proximity to this fellow ape, who was so much larger and stronger than I was. Yet, she allowed me into her world, neither trying to scare me away or to run from me. Perhaps I affected her, probably not. But in the thirty-six years since I was on that trip, I have never forgotten the feeling of awe I had when I first spied her. 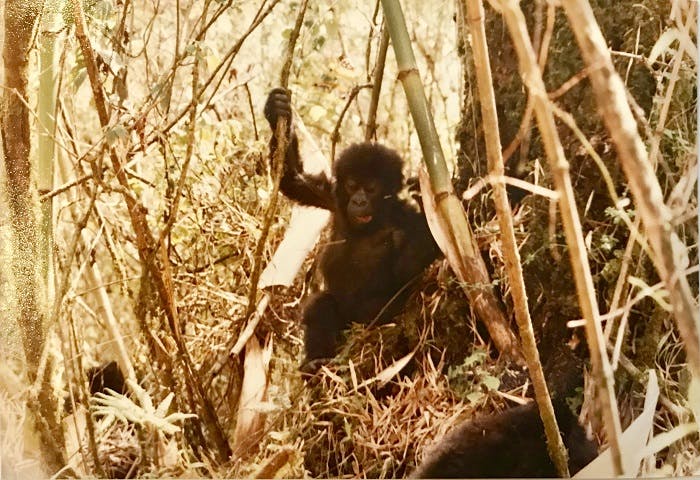 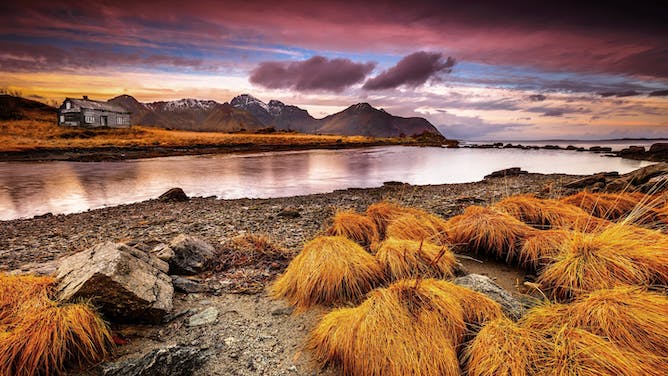 We had been toying with the idea of exploring Norway for at least two years....
read more 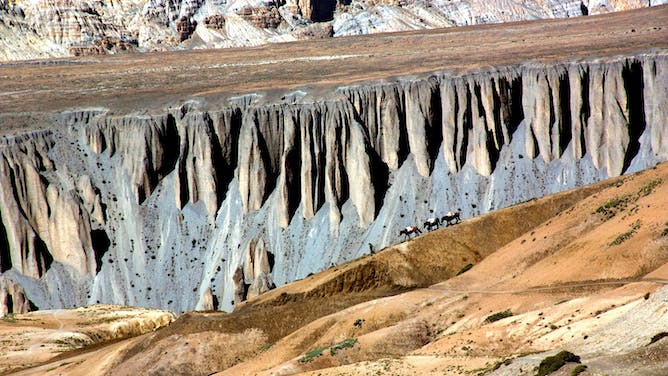 Our family has always had a fascination with and desire to visit places where the...
read more