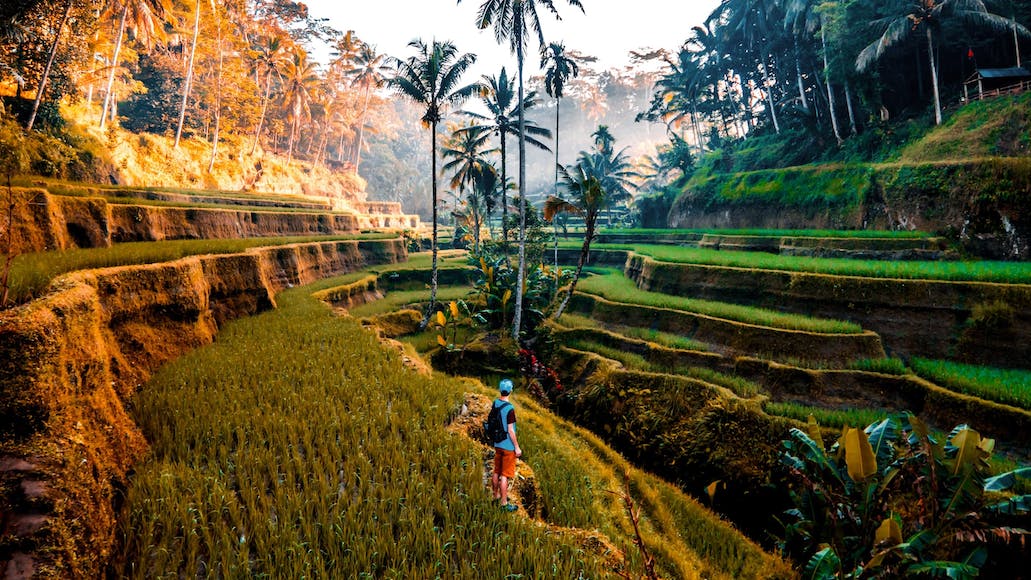 My wife, Elaine, and I decided to dip our toes into small-group adventure travel the easy way, a cultural trip to Indonesia. Mountain Travel’s trip leaders were brothers, Terry and Patrick Stark, amazing guys from Truckee, California, who became obsessed with Indonesian dance, settled there, and seemingly came to know every cultural luminary from one end of Java to the other end of Bali. Terry would be our guide in Java. 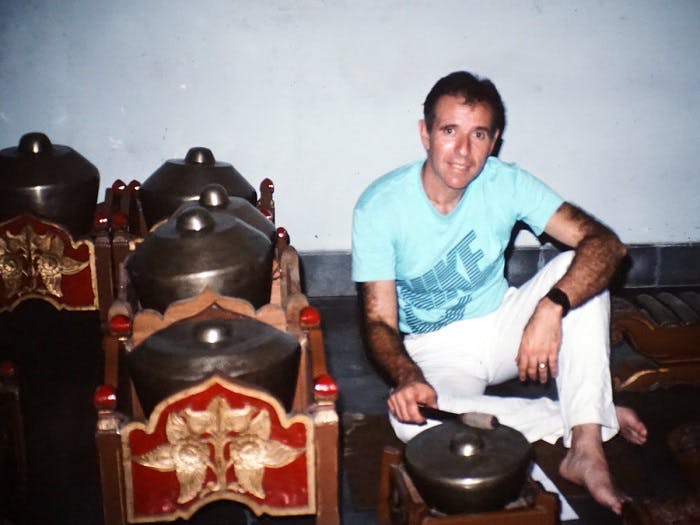 The trip began in Yogyakarta (Yogya). Terry crammed a range of activities into our first full day – the Sultan’s palace, a museum, markets, lunch, gamelan instruction – culminating with our attending a private performance by the Sultan’s dance troupe directed by the palace choreographer, R.S. Mardawa, the Balanchine of Indonesia. Dinner at a gourmet restaurant would follow.

The day proceeded as prescribed. In one hour our gamelan teacher had our group cohesively playing the metallophones and gongs – except for me, that is, since I was assigned to play a small bronze pot on the off beat. My inept efforts earned derision, laughs and suggestions that I play the musical rests. 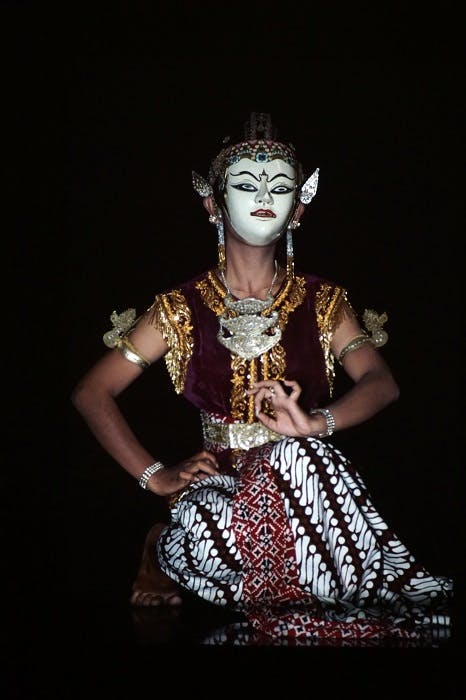 To get us to the evening’s dance performance Terry rounded up a bunch of becaks (beh-chak), one-passenger cycle trishaws whose driver sits behind. “Remember who your driver is,” he counseled, “because he’ll be waiting to take you to the restaurant after the show.” We then took off on a wild ride to the dance venue, an experience familiar to anyone who’s ridden tuk-tuks in Bangkok.

The precision of the Javanese dancers was extraordinary. Each movement of head, hand, arm, leg and eyes appeared calibrated to the millimeter. Terry expertly explained the storyline of each dance. With the performance ended and farewells made, it was time to return to the becaks and head to dinner. I was really looking forward to the Yogya-style nasi goreng or another Yogyanese specialty.

I was first out the door and first to jump into the becak. My driver shot us out of the pack of still-loading becaks, pedalling furiously through street traffic with the obvious goal of beating his buddies to the restaurant. At the same time he was chattering towards me, while I kept nodding in agreement that, yeah, it would be great to win the race, and encouraging him with the only Bahasa phrase I knew, jalan jalan, let’s go!

About twenty exciting minutes later we arrived at our destination, a souvenir shop in a seedy section of Yogya. There I was with no money, no passport, no map, no language, no friggin’ hotel card, facing two deeply disappointed locals, driver and shopkeeper. I resorted to hand gestures (praying they weren’t obscene or insulting) pointing back the way we had come and slowly repeated, “hotel, ho-o-tel, ho-o-o-tel.” My captors huddled, discussing my fate and then deciding that a dead-broke tourist held little value. The becak ride back to the hotel set a new land speed record. And there stood an apoplectic Terry. I explained the miscommunication between the driver and me (jalan jalan), and Terry relented a little, very little. 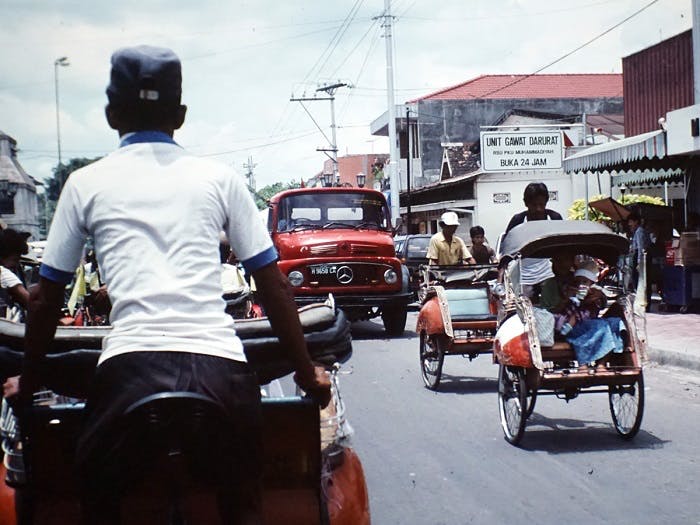 Elaine told me later what had transpired at the restaurant: The group got there and initially waited for me. As the period of my absence grew, speculation began whether I was being boiled in a brass, copper or cast iron cauldron. One of my trip mates, a priest, told my wife he’d perform last rites for free, if my remains were ever found. All of this truly comforted her.

Terry and I arrived there an hour late. It was a real PDA reunion for my wife and me—my Sally-Field-like misquote moment—”She likes me. She really likes me!” (Normally I’m pretty clueless, or like many long-married husbands, dense.) Now I carry a hotel card and a few bucks with me. Someday I’ll learn how to play that damn pot on the off beat.

P.S. Java and Bali were great. 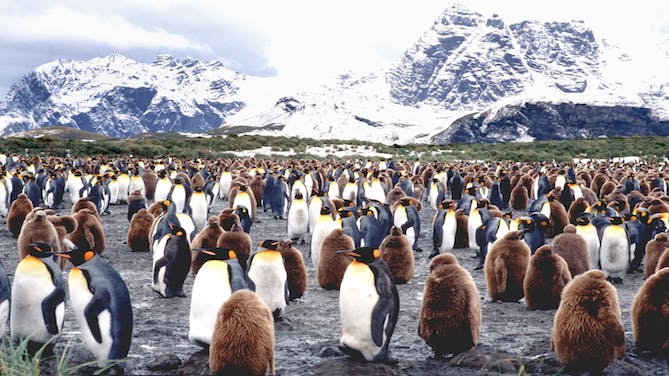 A Life of Adventure with MT Sobek 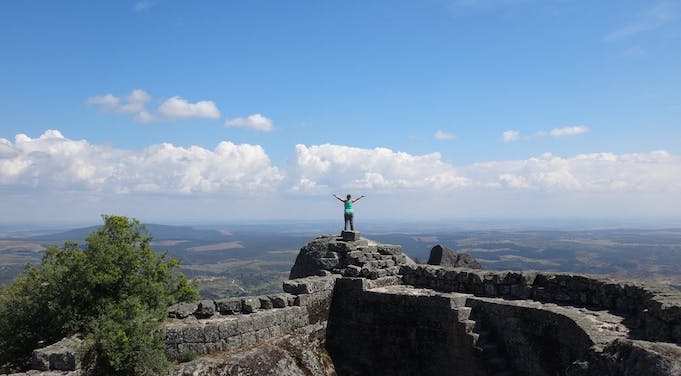 The Rewards of Adventure Travel

I don’t own a smart phone. I don’t have a flat-screen TV. I’ve never seen...
read more