The Grizzly & the Groover

I’ve spent three decades watching grizzly bears as a guide on the Alsek River in Alaska and the Yukon, and it is clear to me that smell overrides all other senses in a bear’s world. It’s not that they can’t see or hear us, it’s just that they understand smell so much better than their other senses.

Which is why what happened at Goatherd Mountain on the Alsek River seemed so odd to us.

Goatherd Mountain looms large and black across the lake formed by the thirty-five miles of ice that is the Lowell Glacier. We camp on the morainal moonscape at its base—between a rock and a cold place. The base of the mountain is a bear highway and, while we see their tracks out on the plains between the lake and the mountain, they don’t often come out to the edge of the lake where we camp. 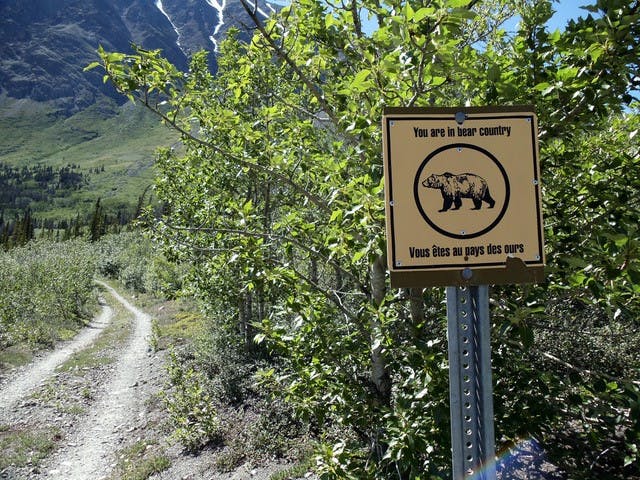 This morning we leave for a long hike. Our tents are zipped up tight against wind, food is put away, and Clint is snuggled down for a nap. Partway up the mountain, I look downriver and see a dark brown dot wandering upstream along the base of the mountain. Everyone gathers around with their binoculars to watch the young, cinnamon colored grizzly. We watch for a while as the bear meanders about, sniffing, tugging at plant roots, not going in any particular direction, just exploring his world. 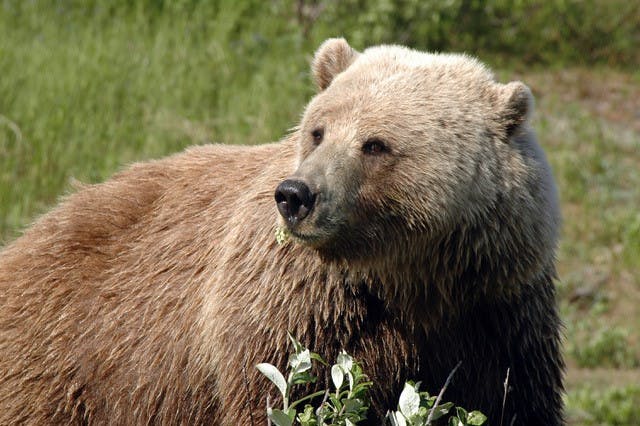 A bit later, we stop again to take stock of our ursine friend’s progress. Scanning the moraine, I see him moving in a decidedly more deliberate direction: straight towards our camp. The first outlier of our camp in this particular case is our bright blue 20 mm ammo box filled with three days’ worth of 15 people’s waste. The bear doesn’t falter in his path—there is no doubt where he is headed. I relay the play by play through my binoculars to Chris, who has left his behind. He grabs the glasses from me. Go away! Go away! Come on bear, No! Oh, not the toilet, man! The bear reaches our toilet site and is making circles around the blue box. He swipes at it once, twice. The box topples. Chris groans.

A carcass we could understand. Garbage makes perfect sense. Leftover salmon wiped on dirty pants would be asking for it. But a box of poop? We are utterly mystified.

After examining his damage, the bear moves towards camp, and our puzzlement gives way to concern, thinking of our sleeping friend. But the bear simply stands on the berm and surveys our cluster of tents, then turns without hesitation and saunters upstream to the edge of the river, ambles in and swims across. We exhale and stare at each other with a mixture of amusement, bewilderment, relief—and the most important question of all: who the hell forgot to put the lid on the groover today?

About the Author Christa Sadler