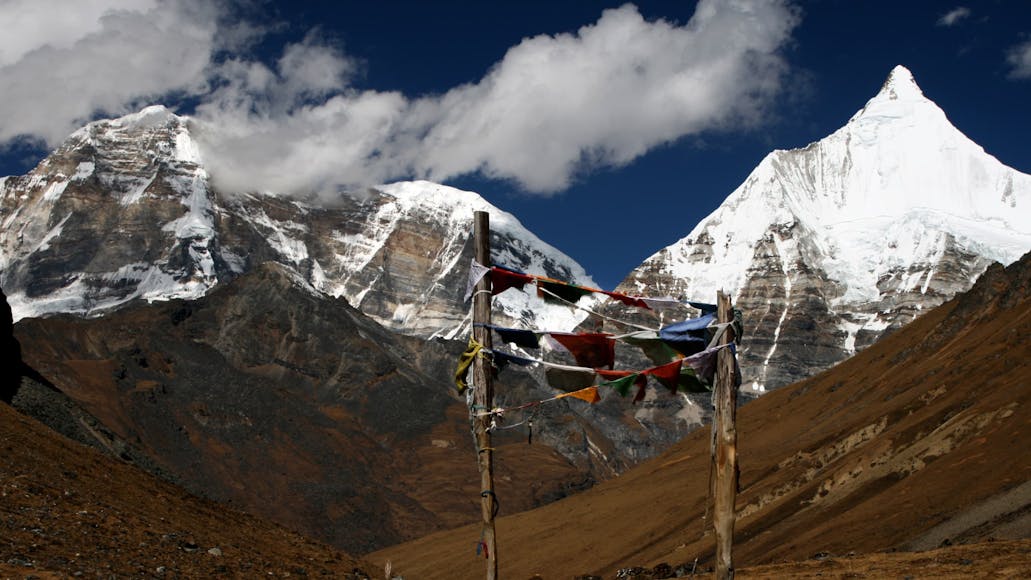 The Snows of Chomolhari

In November of 2006, my husband and I (both then in our 60s) joined a group of enthusiastic MTS hikers on an arduous twelve-day trek to Chomolhari, a mountain sacred to the Bhutanese. As we set out on the trek, it was an absolute thrill to be in the Himalayas but, the mountains were not entirely what I had expected. Instead of the lush green of the Sierras, the Himalayas were harsh and barren and somewhat uninviting.

That all changed on day eight of the trek. After several days of perfect weather, our trek was interrupted by a thirty-hour snow storm that transformed both the mountain and our journey into something thoroughly unexpected and unimaginably unique and magical. 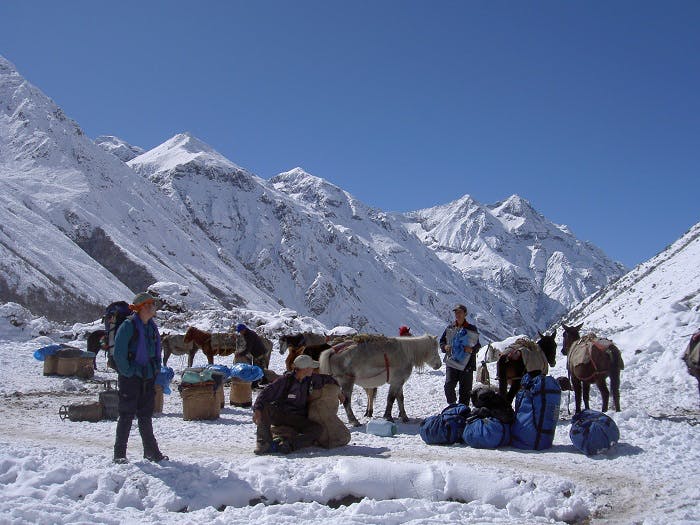 When the snow finally stopped, the previously “angry” Himalayas were covered in a blanket of white undisturbed snow and our Bhutanese staff had “erected” a fertility symbol in our campground. But, when we gathered that evening, our trip leader Cat announced the inevitable…because of the heavy snow, there was no way we could go over the passes. Instead, Cat proposed that we turn back and visit a different Valley. Cat’s plan was met with little enthusiasm. 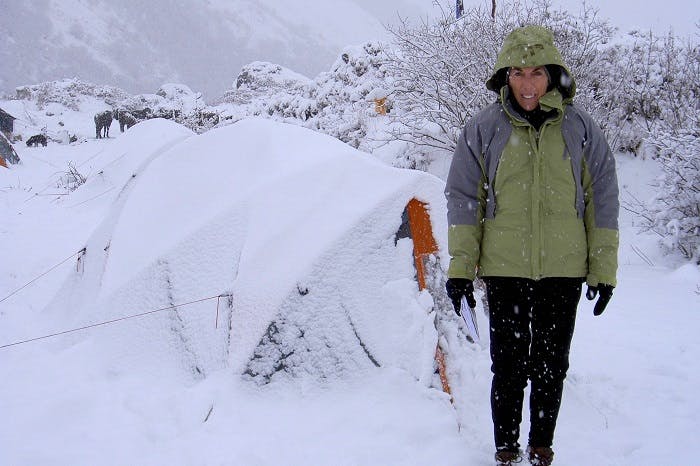 What unfolded, however, as an alternative, was astounding and unforgettable. Cat arranged for us to stay as guests for two days in the home of yak herders in a tiny settlement that is seldom visited by Westerners. 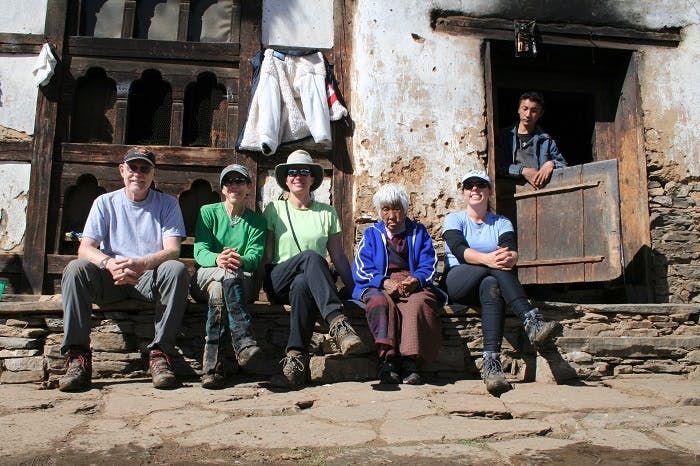 Our hosts spoke no English, but they were remarkably welcoming. I wrote in my journal the first night: “As we gather for the evening, dinner is being served in the ‘family’ room that we share with the yak herding family. Grandma and Grandpa are present, as is a young daughter with one of the baby girls…The young daughter’s husband is still out tending the yaks. The baby is sleeping peacefully in her mother’s lap; the grandma is twirling her prayer beads quietly chanting ‘Omani Padma Om.’ The child begins to cry; the mother takes the child gently to her breast to nurse her and the child immediately quiets…” I felt as if I were in another world. 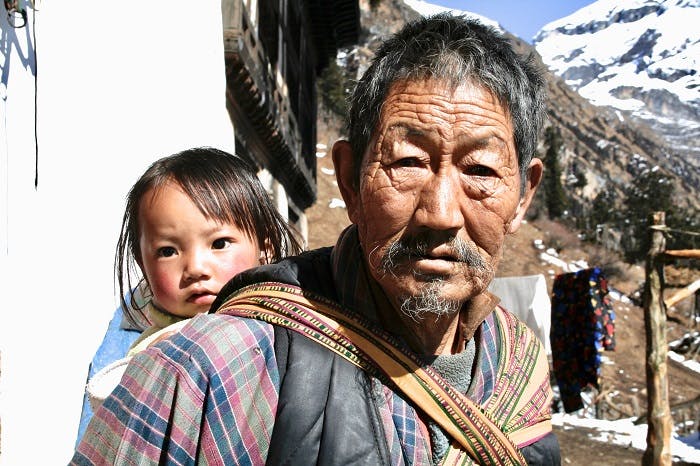 On our second day at the yak herding settlement, Cat arranged for our Bhutanese guides to take the hikers to a 15,000 foot pass. The trail was covered in deep snow and, after breaking trail for several hours, the guides laid out several prayer flags and declared us to be at the summit (even though we obviously were not). Meanwhile, my husband Stephen, had elected to forego the hike and, instead, traveled with our cook to a local archery tournament to watch as the yak herders fired arrows at a target a “football” field away. Stephen was the first Westerner to have attended this tournament. 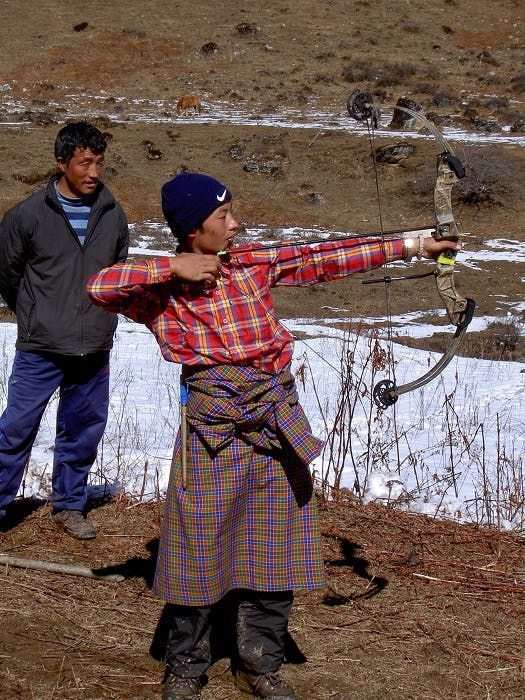 When our trek ended a few days later, I wrote home to say that we were safe, “[w]e ha[d] been touched by the Himalayas and we [felt] blessed.” By any objective measure our journey was a “failure” – our group summited neither of the two 16,000 foot passes on the original itinerary nor the 15,000 foot alternative pass out of the yak herders’ settlement. But, my final entry in my journal says this: “Over time I assume the intensity of our experience will fade, but, even as time passes, I know this trip will continue to hold a unique and important place in the story of my life – a connection to people of distant times and places that somehow makes me feel more whole and creates for me a sense of well-being.”

The “intensity” of the Chomolhara experience has never faded. 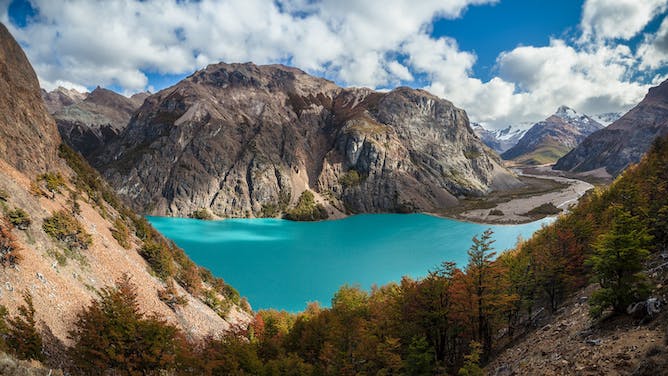 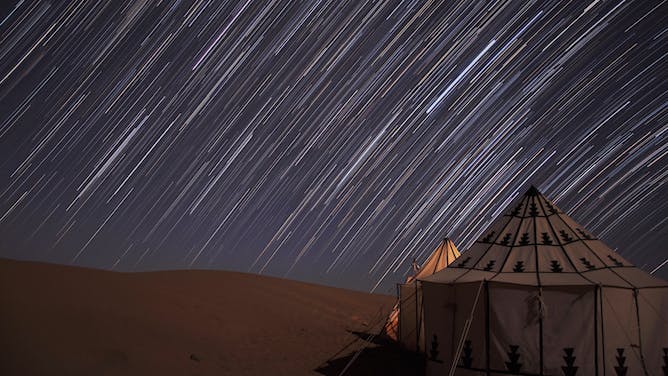 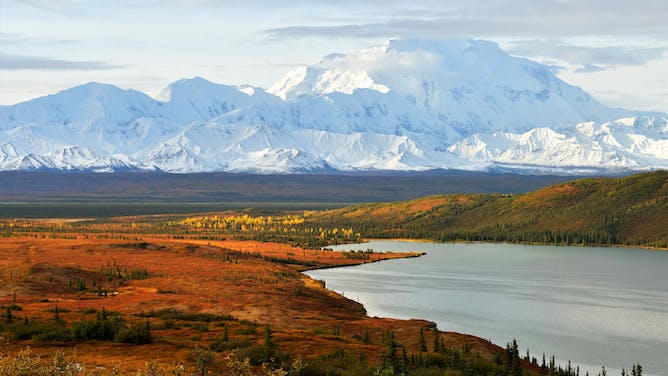