“Keep your head down and your scarf on” was the last text I received from my sister Celia before I boarded a Lufthansa flight at SFO to Frankfurt, where I would connect with my flight to Imam Khomeini International Airport in Tehran. I told her I would, but I had no idea how difficult that would prove to be!

I arrived in the middle of the night. Throughout the next day, however, I never felt any unease or hostility. The few times folks found out I was American they gave me a special welcome. I would learn that many of them didn’t know Americans could travel to Iran.

While the sites of Iran, including Persepolis (which dates from the 6th-century BC), Pasargadae (Cyrus the Great’s city), the Armenian Vank Cathedral in Isfahan and the town of Na’in (which features an 10th-century Seljuq mosque and deep below the remains of a several thousand year old Mitra temple) were impressive, it was my interactions with local people that remain with me years later. 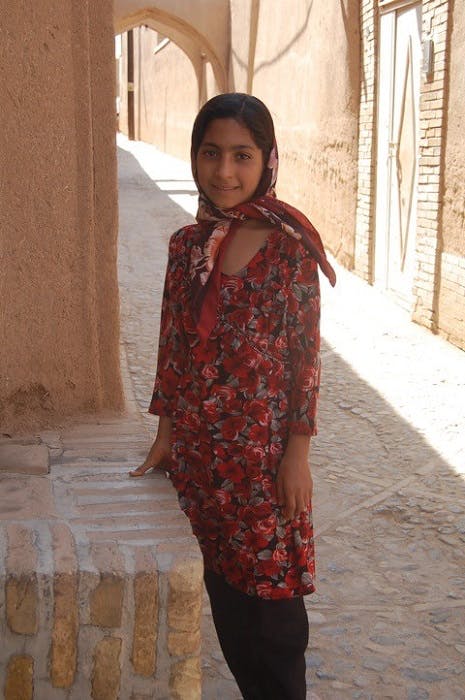 One day after lunch, I went to the restaurant bathroom and said hello to an attractive young Iranian woman washing her hands. I learned that she was 30 years old, married, and an electrical engineer. She, like everyone else, was shocked to learn that I was American. After just a quick interaction and some adjusting of our headscarves–she told me that she hated hers–the woman invited me to visit her home in Tehran. I was deeply moved by her warmth and unexpected generosity. It was another example of the kindness of strangers that I encountered throughout my journey in Iran. 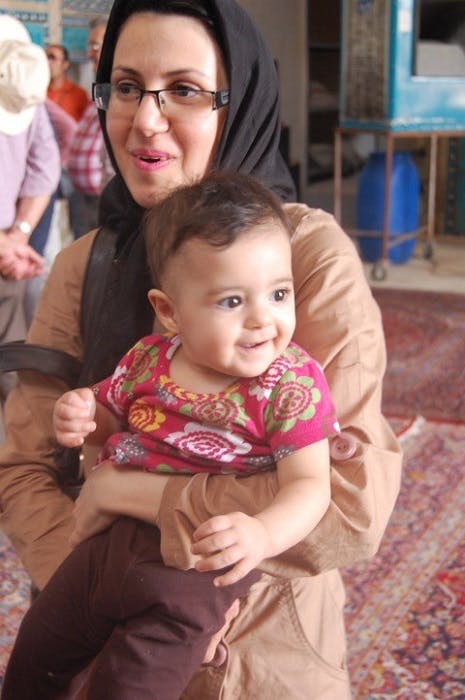 When we visited the Jame Mosque in Isfahan, a twenty-something girl wearing a long black chador approached Barbara, a spry 81-year old on our trip, and me. She asked where we were from and she exhibited the usual astonishment followed by warm welcome. We talked for a few minutes and I asked if I could take her picture. She said no and I asked why not. She said, “Because we Muslim women are conservative and don’t like to show our faces.” Sensing my disappointment she asked if I would promise not to show it to anyone. I told her I respected her decision and didn’t have to take her photo. As Barbara and I left, she told us that she thought kindness was the most important thing in the world and that she tried to be kind to everyone—even those who were not kind to her. Barbara and I both agreed that it was critical and sorely needed. We parted with me showing her a photo of my family and her warmly shaking my hand with both of hers.

About the Author Julie McCormack