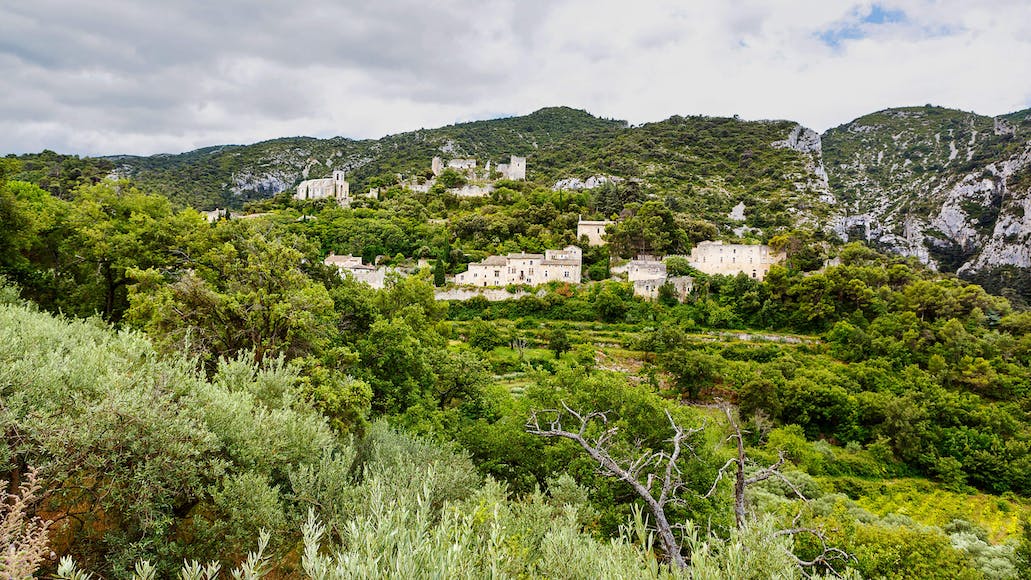 Hidden behind the town of Saint Rémy in the South of France and nestled up against the Alpilles mountains is the otherworldly Mas de La Pyramide. Blending home cooking with an archaeological field trip, it is probably the world’s only restaurant found in an ancient Roman quarry.

A 20-meter-high limestone obelisk in the middle of the garden may look like a sculpture, but it’s actually the ground that’s been carved out around it: the obelisk was purposefully left as a witness to almost 20 centuries of quarrying. In 1609, Lolo Mauron’s ancestors moved in to the farm and his family has been there since. He’s the last of the line, no children or even nephews or nieces to take his place. But for now, even at 92 years old, there’s no stopping him. 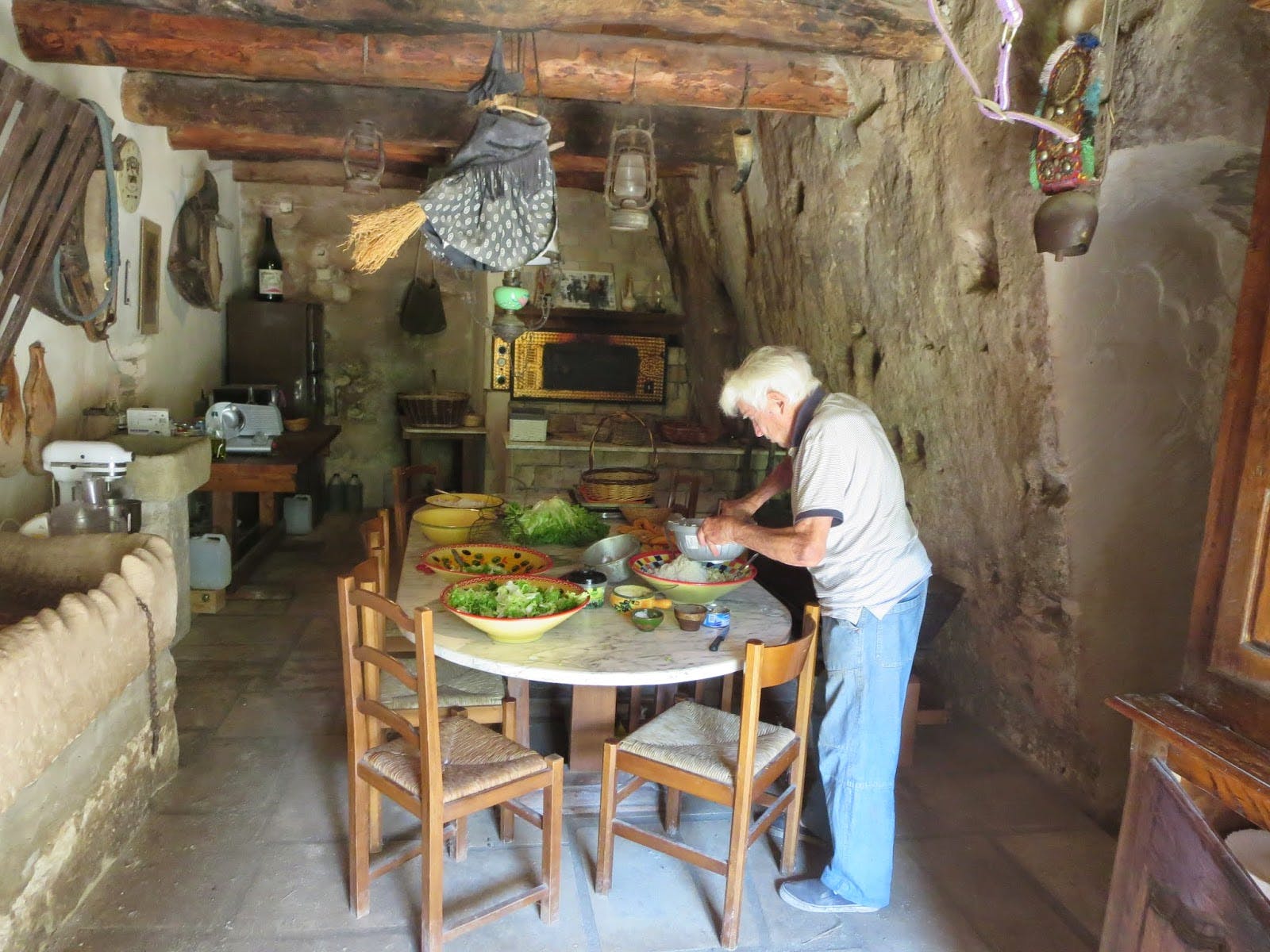 The nonagenarian lives alone and cooks meals unassisted in the limestone kitchen embedded in the hillside. Lolo keeps only proven essentials—skillets that have been seasoned countless times and furniture that has been passed down for generations. 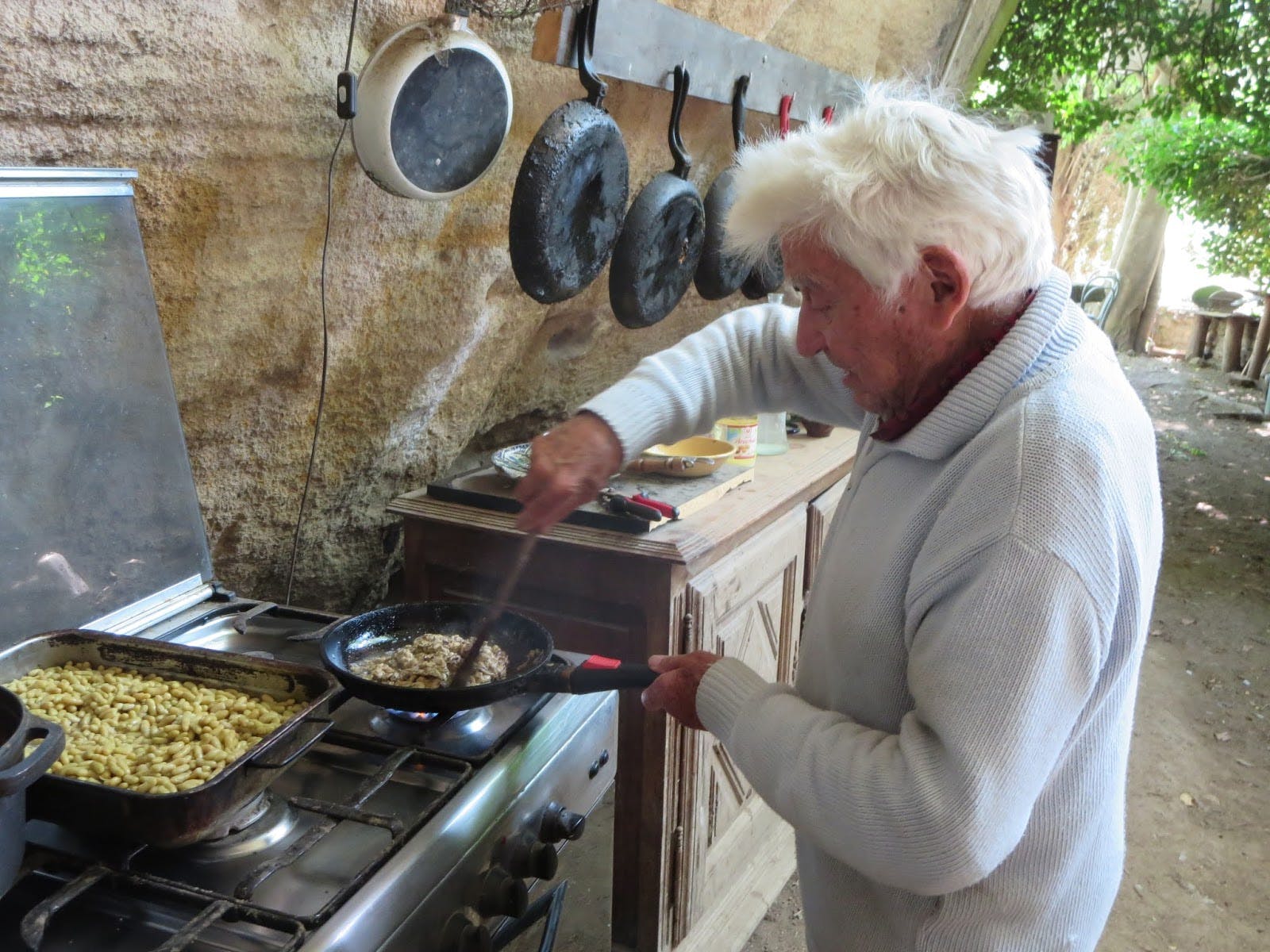 He’s still going strong, dancing and singing, flipping his famed black-olive omelet, and recounting how on the 24th of August 1944, with the help of American troops, he helped liberate Saint Rémy as a 20 year-old resistance fighter. Well into his 80s he built a massive stone fireplace, replanted several dozen olive trees that his father had ripped out in the 1920s, and went on a trans-Siberian rail journey with friends.

Inside his farm is a veritable museum of Roman tools, quarry walls, a 500kg wooden table attributed to the Knights Templar, and enough centuries-old farming equipment to fill ten museums. He himself doesn’t even know how his family got all these treasures.

For MT Sobek guests he serves an endless feast of Provençal specialties he cooks himself—in the natural limestone grotto. His authenticity and eccentric habitat entice all our groups and they feel like having travelled back in time! To summarize Lolo Mauron is a man apart, timeless and definitely one of the few people who still makes the link between the Provence of yesterday and today! 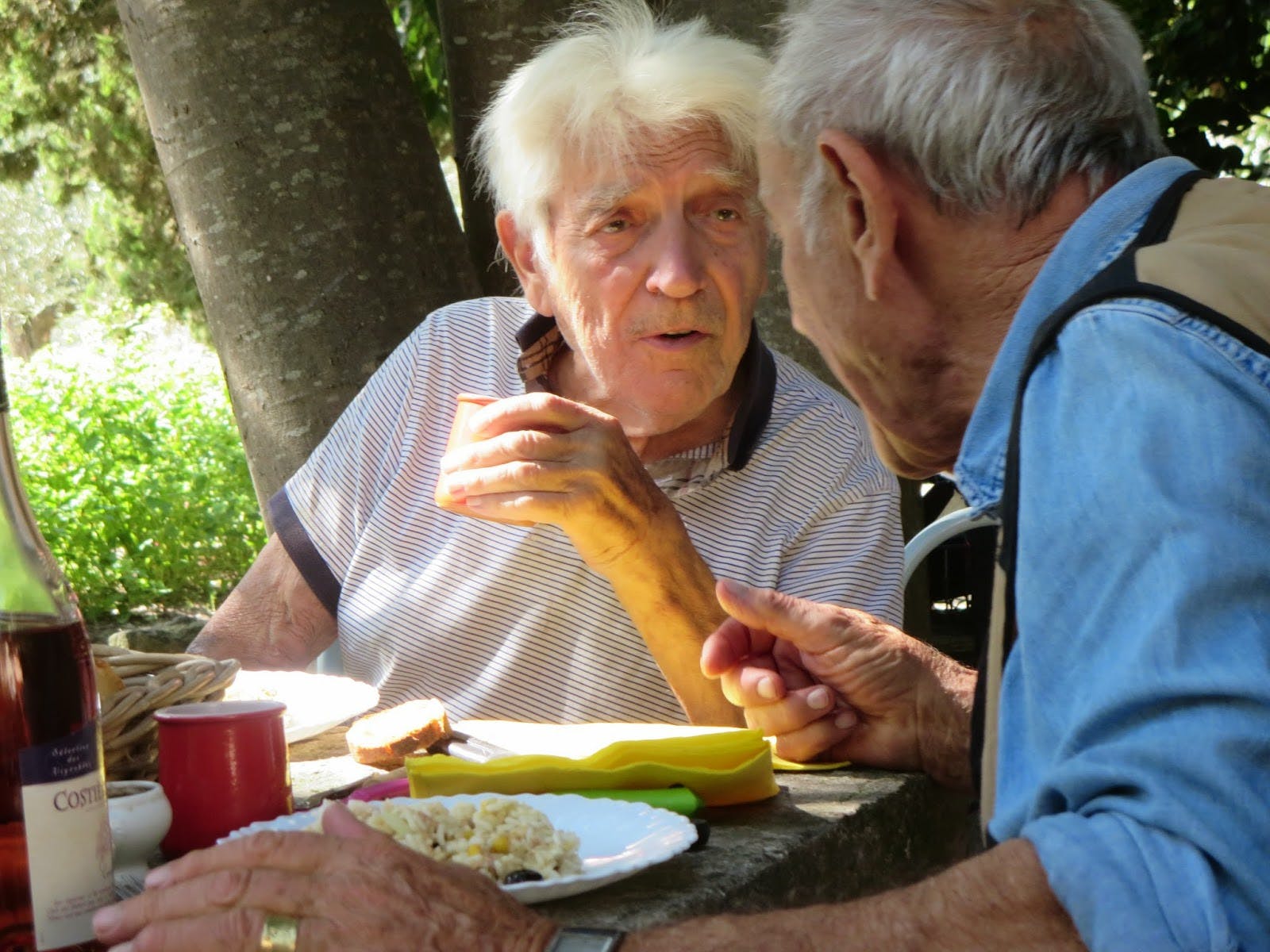 Lolo gets plenty of offers to buy his property. Instead, he adds to it. In the 1980s he bought a plot that had been broken off in an inheritance 300 years before, so that the farm could be restored to its original 1609 boundaries.

In 1947, someone offered his father a million francs for land to build three houses on the ridge above the quarry. “His father asked his mother what she thought. She said, ‘Out of the question!’ His father asked ’Lolo, what do you think?’ I said, ‘I’m with Mother,’” Lolo recounts. When his mother died in 1966, his father couldn’t handle it. I had to learn to cook,” he says as he and his friends rustle up a fish soup consisting of a rouille with mussels and shrimp, followed by breaded cod fillets. Most of the time he enjoys meals with his guests and settles into his place at the head of the table, raises a glass of wine to toast:

“May you be in as good a shape as me when you get to my age.” 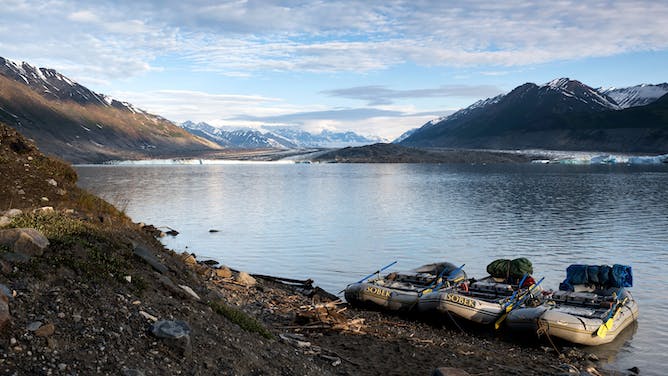 When There's No Turning Back 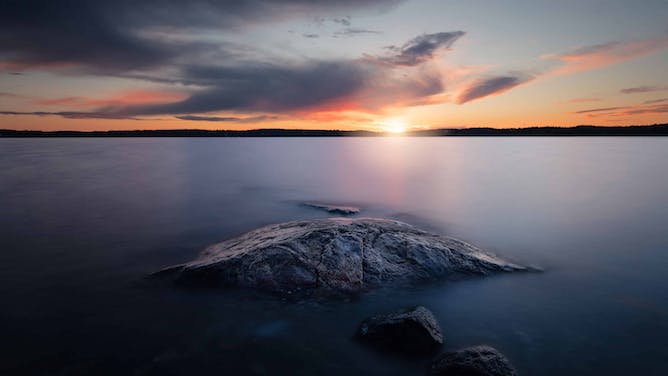 When a Buddy Helps You Make It

I joined our ‘Sweden:  Dogsledding to the ICEHOTEL’ trip in March 2007. The trip spent...
read more