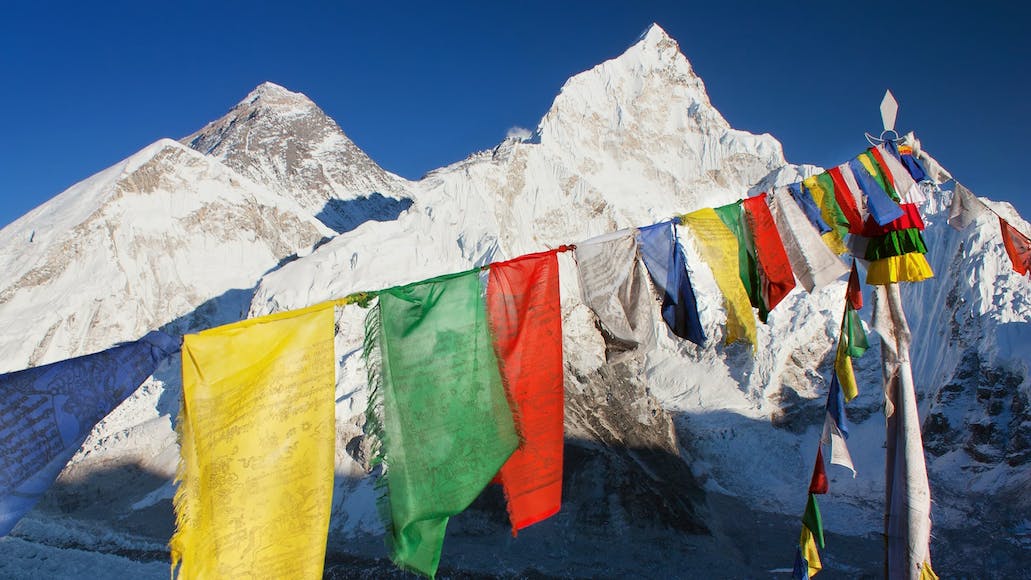 As a school child in the Fifties I was captivated by the exploits of Sir Edmond Hillary and the conquest of Everest. In 1982, to fulfill a dream and finding a hiatus in my career, I signed up for a big adventure with Mountain Travel, Expedition 20,000. A trek in the Himalayas culminating with views of Mt. Everest. It would be a 30+ day excursion, starting in the remote, little visited, Rolwaling Valley. En route, for acclimatization, we would climb a peak known as Ramdung and then move on to our goal Pacharmo (at 20,298′), which flanks the Tashi Lapcha Pass at 18,881 feet. After completing the climb, we would cross over the pass and into the famous Khumbu Valley. Namche Bazaar with its exotic wonders as well as views of Mt. Everest awaited us. 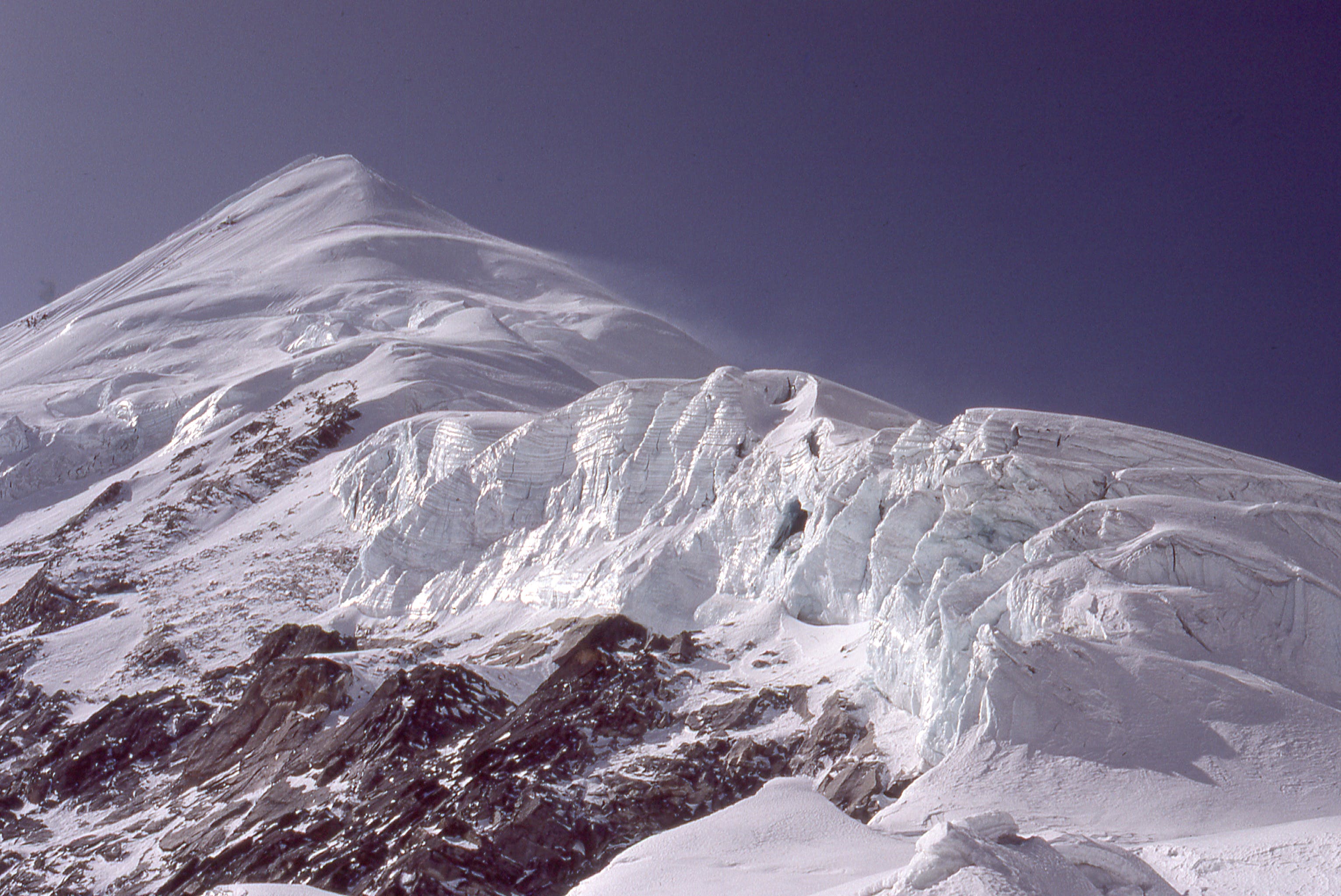 Led by our famous guide and mountaineer Bruce Klepinger and our equally well known sirdar Ang Schering (an Everest summiteer), we departed Kathmandu. With the support of local Sherpas and porters we began the trek with much enthusiasm. The first several days in the lowlands were filled with the wonder and beauty of hiking in a new and remote land. The lovely people encountered were warm and friendly. On the Rolwaling side of the pass, we bid farewell to our low land porters and picked up our new Sherpa porters from the town of Bedding. 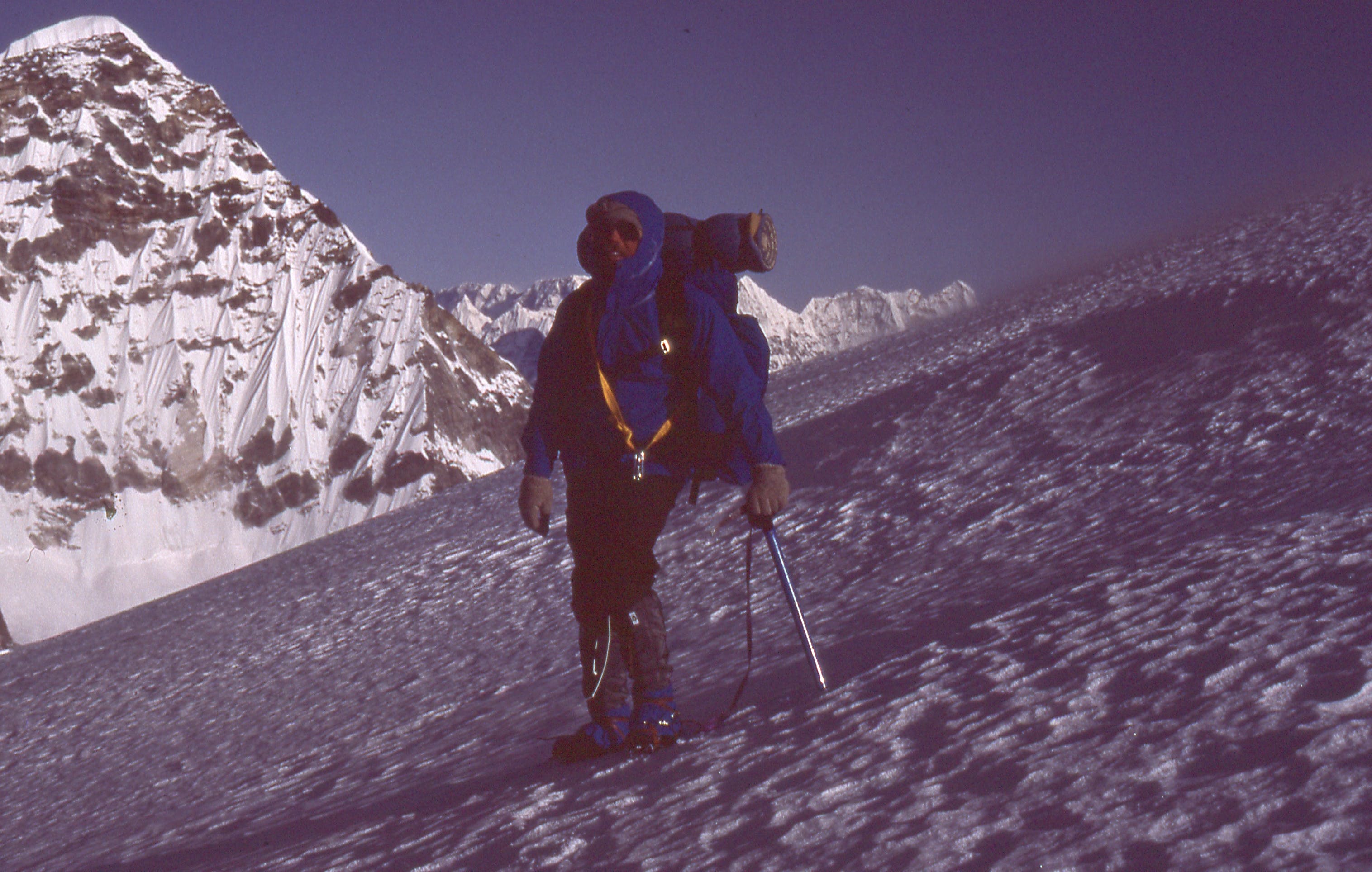 Things then didn’t go as expected. Some unseasonable snow at the higher elevations thwarted our bid for Ramdung. It now would be the pass and Pacharmo. From Bedding, things got tougher. Over the next several days in the biting cold and thinning air we traversed steep moraines and finally ascended a treacherous icefall. Reaching our camp site at the top of the icefall below the pass, the unthinkable happened.  We were abandoned by our Bedding porters. Our Khumbu Sherpas and our cook staff of course remained. Assessing our situation, we had two choices. Go back the way we came or trek over the pass, unsupported, by-passing Pacharmo, and into the Khumbu. The choice was obvious. Namche Bazaar it would be. 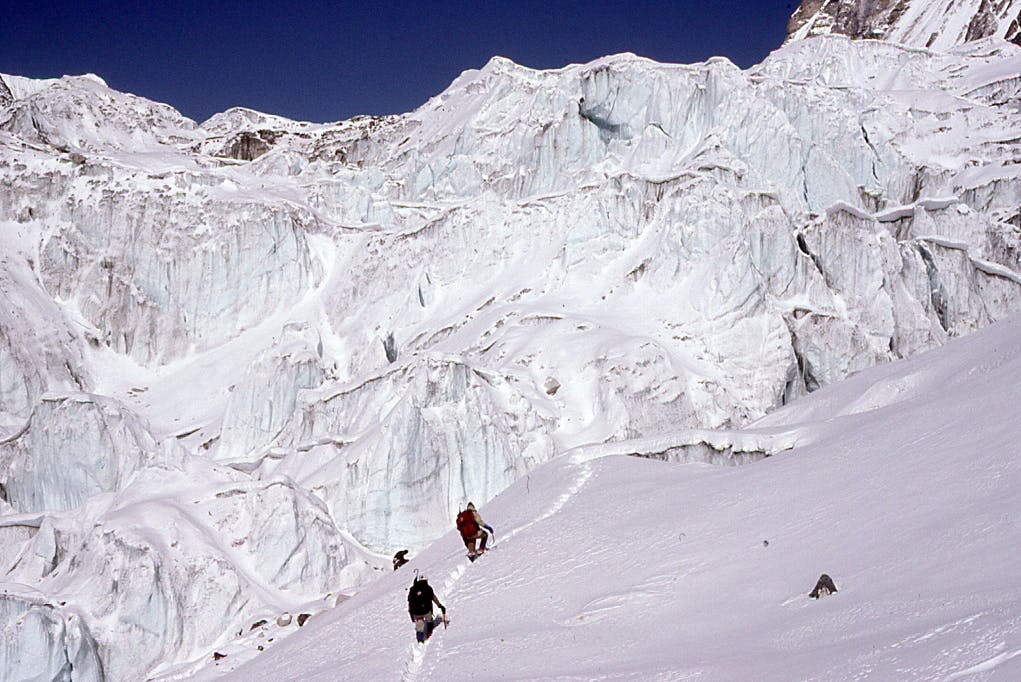 Now the real adventure began. Leaving much of our gear behind and unsupported, it was essential for us to go over the pass and down the other side in one day. After a brutally cold and windy night we had to first posthole through deep snow and then ascend a steep ice slope before attaining some firm snow higher up. The altitude and the cold began to take its toll on the group. Upon reaching the top of the pass, three of the kitchen boys and one of our trekkers developed hypothermia and exhaustion. A difficult decision had to be made. We would split the group; all those able, would descend as quickly as possible into the valley on the far side. The others would bivouac below the pass, attended by the young Khumbu Sherpas. 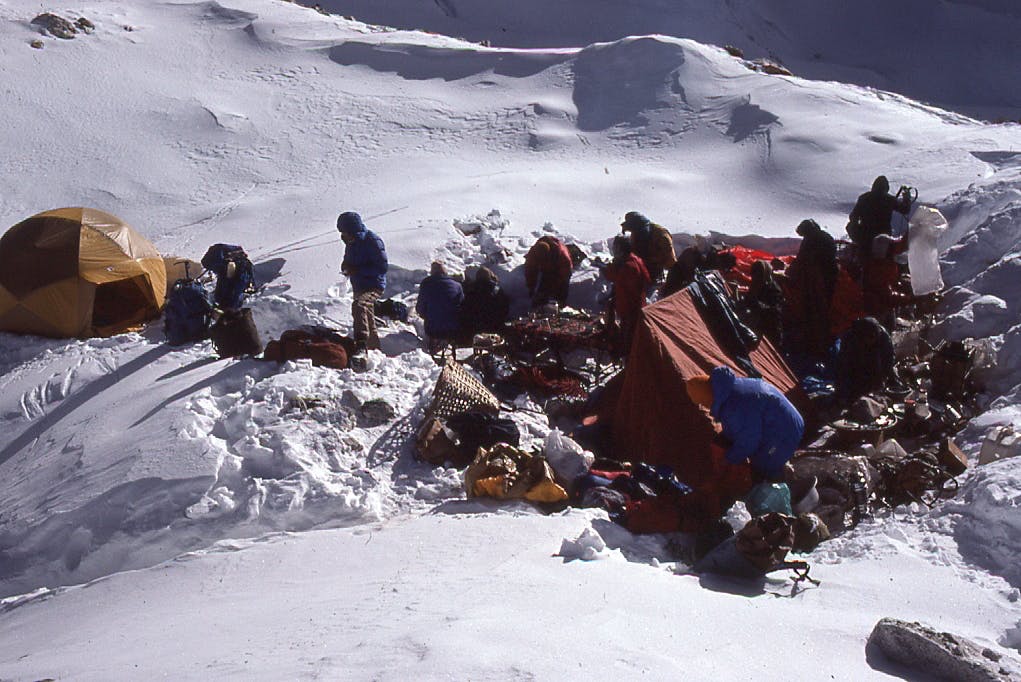 With a moonlight white out on the glacier the descent was a bit tricky, but with superb knowledge of the terrain, Ang guided us safely to a small high altitude Yak Village where we put up for the night. Next day we descended to the small village of Thame, where we spent the next night in Ang’s sister’s home. A small rescue party had been organized to help the rest of the group above. The next day thankfully they all arrived safely, at Thame. The reunited group then trekked into Namche where we reorganized, rested and waited until some local Sherpas went back over the pass to retrieve our gear. After success of the retrieval we were treated to a bonus for the remaining days. Mountain Travel arranged a mini trek up to Gokyo Ri for superb views of Mt. Everest. Returning to Namche and then down to Lukla, we bid farewell to the small team which guided us through this unusual experience. 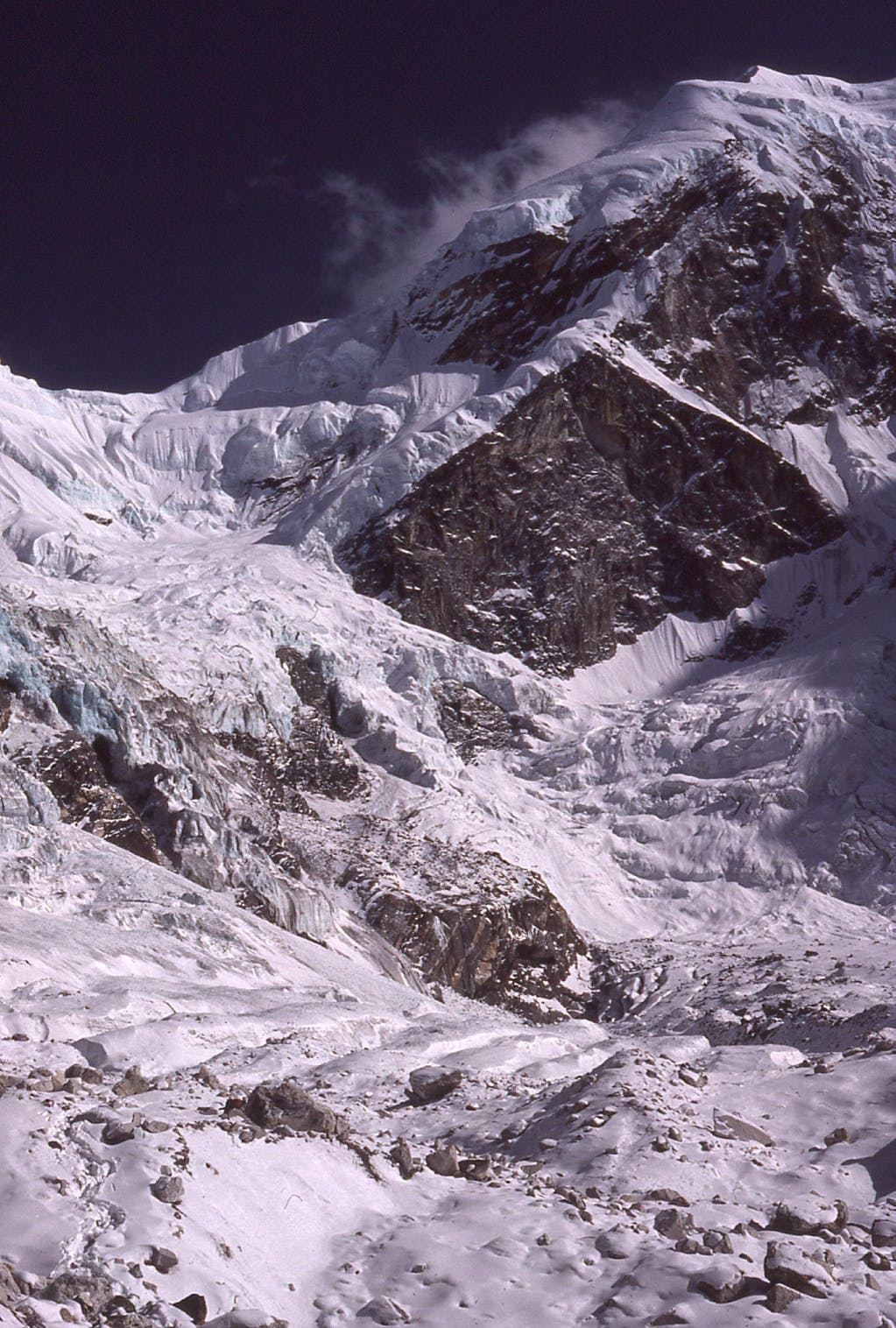 Though not your average trek, the memories of this special experience, will always remain vivid in my mind.  With the leadership of Bruce and Ang Schering’s strength and intimate knowledge of the mountains, we returned safely. As a post-script, several years later, Bruce Klepinger was interviewed by Esquire magazine and was asked which one of his treks was the toughest. He mentioned two, one being ours! 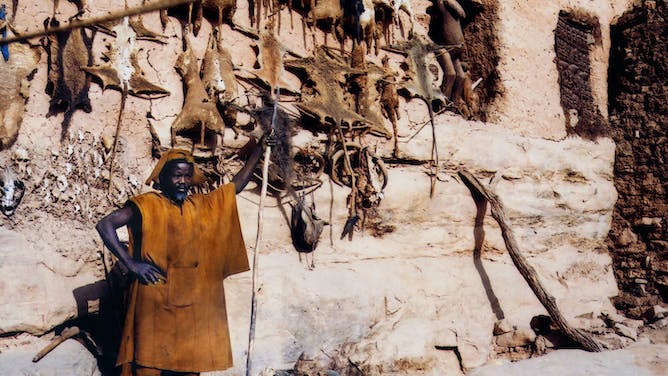 From Trivia to Timbuktu

It was my favorite trivia question: name the capital of Burkina Faso. I loved it for...
read more 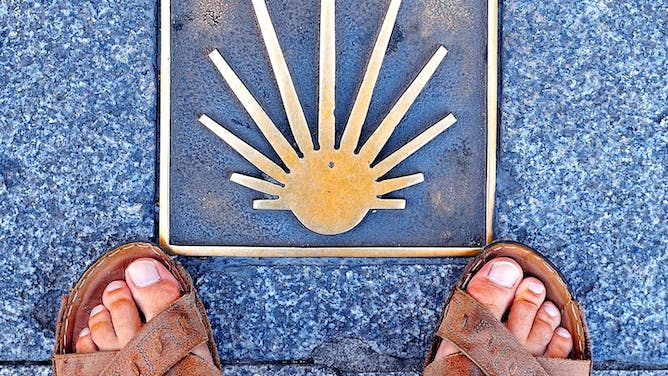 Unstructured spiritual paths, meandering as they tend to be, often prove most meaningful for many...
read more