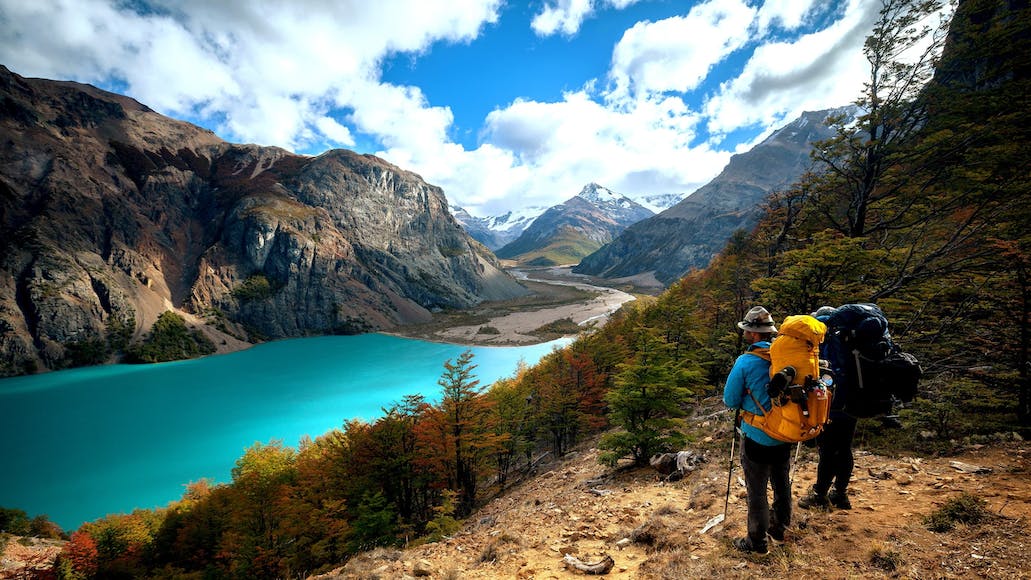 The awesome parks of Patagonia have long been a haven for active adventures like trekking and hiking, but few people know that the tip of South America holds in store a marvelous array of great wildlife encounters. True, the harsher environment of Patagonia means you won’t see the sheer numbers of wildlife that you’d expect in someplace like East Africa, but most species are surprisingly easy to spot, specially when aided by MT Sobek’s expert local guides. From diminutive Vizcachas and Austral Parakeets to majestic Andean Condors and the elusive Puma, there’s plenty of wildlife action in Patagonia to warrant bringing your very best binoculars!

A Sample of Patagonia’s Wildlife

South America’s second-largest predator after the puma, the Culpeo, or Andean Fox, thrives along the western slope of the Andes and the adjoining plain. They contribute significantly to the control of introduced species like the European hare, and their wild diet runs from hares, rodents, armadillos, and juvenile guanacos and deer, to native berries like the calafate and chaura. Their only natural predator is the puma, but they are threatened by human predation from livestock ranchers who protect their cattle by exterminating foxes.

Abundant throughout its range from Bolivia south to the Straits of Magellan, Geoffroy’s
Cat—known locally as the gato montes—was once hunted extensively for the fur trade. Primarily nocturnal, these solitary hunters are similar in size to a domestic house cat, but their markings are more akin to those of another American wildcat, the ocelot. The Geoffroy’s Cat prefers open lenga woodlands and the grassy pampas, both of which offer plenty of cover, and are known to occur up to altitudes of over 12,000 feet!

The secretive Puma is one of the world’s most successful cats, ranging from the Yukon in North America to the Patagonian Andes and adaptable to nearly every type of environment from tropical forest to desert. Perfectly suited for agility among the precipices and canyons of montane environments, its large tail (comprising one-third of its body length) gives it exquisite balance, and its powerful hind legs and strong grasping paws make the Puma a sure-footed mountaineer.

Guanacos are related to the true camels of the Old World, and as such they can go for days on end without water, subsisting on stored moisture obtained from the plants they browse. Their primary predators are the Puma and humans, and their primary defenses are speed—adult Guanacos can move at speeds up to 35 miles per hour—and a type of “early warning system.” Sentinels stand guard over the herd and emit an extremely loud, high-pitched call when they detect threats. Guanaco blood contains 4 times the amount of red blood cells as humans, enabling them to survive at Patagonia’s high altitudes.

With its long ears and large rear paws, you’d be easily forgiven if you mistook the Vizcacha for a rabbit. But they are actually related to the Chinchilla, and share the same lush, soft fur, for which they have been illegally hunted and exported. Not particularly competent diggers, they make their homes in the vast boulder fields that carpet the Andes. These rocky burrows offer great protection from their main natural predators, the Puma and the Culpeo Fox, and they often gather in colonies of hundreds of individuals. To manage these large societies, they have developed an elaborate vocabulary of different calls.

If Patagonia were a sentence about the unexpected, then the Austral Parakeet must surely be the exclamation point. Whereas most of its Patagonian neighbors wear shades of brown, earthy red, and grey, this southernmost species of New World parrot stands out bedecked in majestic emerald, teal, and carmine. The Austral Parakeet is a valuable member of the forest ecosystem, and has a symbiotic relationship with Patagonia’s famous beech forests. It nests in tree cavities and subsists on the beech’s fruits and young leaves, and in turn spreads the beeches by dispersing their seeds throughout its range.

Worshipped by many Andean cultures and celebrated in art, literature, and song since 2,500 BCE, the Andean Condor might as well be the emblematic animal of Patagonia. It is, after all, the national bird of both Argentina and Chile. Commanding the skies along the entire Andes range, condors use their massive 10-foot wingspans to lift hefty bodies on thermal updrafts, and have been known to fly nearly 200 miles in one day at altitudes in excess of 16,000 feet. Though much revered, the condor is highly endangered as a result of interactions with humans. Mistakenly blamed for livestock deaths (condors are almost exclusively scavengers) they are often shot by farmers, and fall victim to secondary poisoning by consuming smaller animals that have been poisoned by people.

Birders note! If you’re in Patagonia and you hear the telltale “tuk-tuk-tuk” of a woodpecker, then you are without a doubt hearing the Magellanic Woodpecker. Aside from being the only woodpecker in this range, it is unmistakable when sighted, with its large, coal black body topped with a brilliant crimson, crested head. It favors Patagonia’s plentiful nothofagus forests, and is found almost nowhere else but here and along the southernmost west coast of Chile. Its primary defense against the hawks and caracaras that prey upon it is to flee, but during the nesting season it will aggressively attack them to protect the nest. Though not endangered per se, the Magellanic Woodpecker is vulnerable to habitat loss as the legacy forests of Patagonia continue to be lost or fragmented.

Commonly sighted throughout Patagonia, the Caracara is a smallish raptor with a dubious reputation among its feathered brethren. Not only is it an opportunistic feeder, but it is also known to frequently steal a meal from other birds, including the much larger Andean Condor and Black-chested Buzzard Eagle. So it’s not uncommon to see a Caracara being mobbed by angry birds as they defend their dinner! Caracaras are easily distinguished from other raptors by their barred feathers, bright red-orange skin patches on a head topped by a dark “toupé” of feathers, and long, bright yellow legs and talons.

The Black-faced Ibis is a frequent sight in Patagonia and in the pampas of Argentina. A gregarious bird, ibis live in large groups and often nest in mixed colonies with other bird species. They prefer to nest on the high branches of trees or on cliffs, where both partners share equally in the task of building the nest and incubating their clutch of 2 to 3 eggs. And though an attractive bird, the Black-faced Ibis has a call that is anything but—it has been described as a loud, shrill, and metallic bugle-like sound.

While traveling through the pampas of Patagonia you’ll almost certainly spot what many people mistake for an ostrich. It is in fact a Rhea, either the Greater or Lesser (a.k.a. Darwin’s) Rhea. The latter was unknown to science until Charles Darwin “discovered” it quite by accident when it was served to him as dinner! Rheas have an unusual nesting process: the male mates with multiple females who deposit their eggs in his nest. He then incubates the eggs and rears the chicks until they are old enough to leave, so it is not unusual to see a single Rhea with a large number of chicks in tow!

Most people think of the tropics when they think of the Flamingo, but the Chilean Flamingo is a common sight throughout Patagonia. They share many traits with their tropical and African cousins—they commonly congregate in the hundreds or thousands, they get their vibrant pink coloration from carotenoid pigments in the plants and animals in their diet, and are often seen standing on one leg. Some theories suggest that they do the latter to conserve either body heat or muscle energy. At this time only the Flamingoes know for sure!

MT Sobek has been trekking commercially in Patagonia since the 1970s. We offer a range of adventures, from classic hikes through Chile’s Torres del Paine and Argentina’s Los Glaciares or the “W” route, the hidden smugglers’ trails of Jeinimeni National Reserve, to an adventure celebrating the historic women of Patagonia crafted just for women. Take a look at all of our Patagonia Adventures and, no matter when the time to travel comes, reach out to our regional specialists to discuss your perfect adventure.

Photo Gallery: Save the Tiger

Straddling the rugged southern tips of Argentina and Chile, Patagonia is a sublime land, its...
read more