Risk-Free Bookings for 2021! Book with Confidence

How to Travel to the Galapagos Islands

Located 600 miles off the coast of Ecuador, the Galapagos Islands are an equatorial archipelago of 13 major islands, six smaller islands, and many rocky islets formed by a volcanic hotspot in the Pacific Ocean. Thanks to their remote location, endemic wildlife has evolved in isolation amidst the lava landscape for eons—creating what Charles Darwin once called “a little world within itself.” The flourishing natural wonders of this UNESCO Biosphere Reserve continue to make it the perfect destination for wildlife enthusiasts of all ages.

To help preserve and protect this pristine environment, the Ecuadorian government closely controls cruise operations and the Galapagos National Park Service coordinates routes with adventure companies. Typically starting from the hub islands of San Cristobal or Baltra, just north of Santa Cruz, most itineraries either travel to the eastern islands or the western islands. Connecting via air from Quito in mainland Ecuador, we cruise both eastern and western routes—and can assure you of incredible wildlife sightings no matter which trip direction you choose.

Planning a trip to the Galapagos Islands? Read on to find out when to visit, what islands to visit, what to do, and much more to make your vacation unforgettable.

What is the best time of year to visit the Galapagos Islands?

The Galapagos Islands are an amazing year-round adventure destination with two main seasons created by shifting ocean currents. The warm/wet season runs from January to April/May bringing short, sporadic rain showers (often less than 10 inches a year in the lowlands) and air temperatures in the 80s–90s. The waters are generally calm and clear, and in the mid to high 70s. The cool/dry Garua season runs from May/June to December, bringing mist (but very little precipitation) and lower daytime air temperatures in the 70s. The waters are generally in the low to mid 70s. Regardless of the month or season you choose, wildlife activity abounds throughout the year with opportunities to see mating, nesting, hatching, and much more! 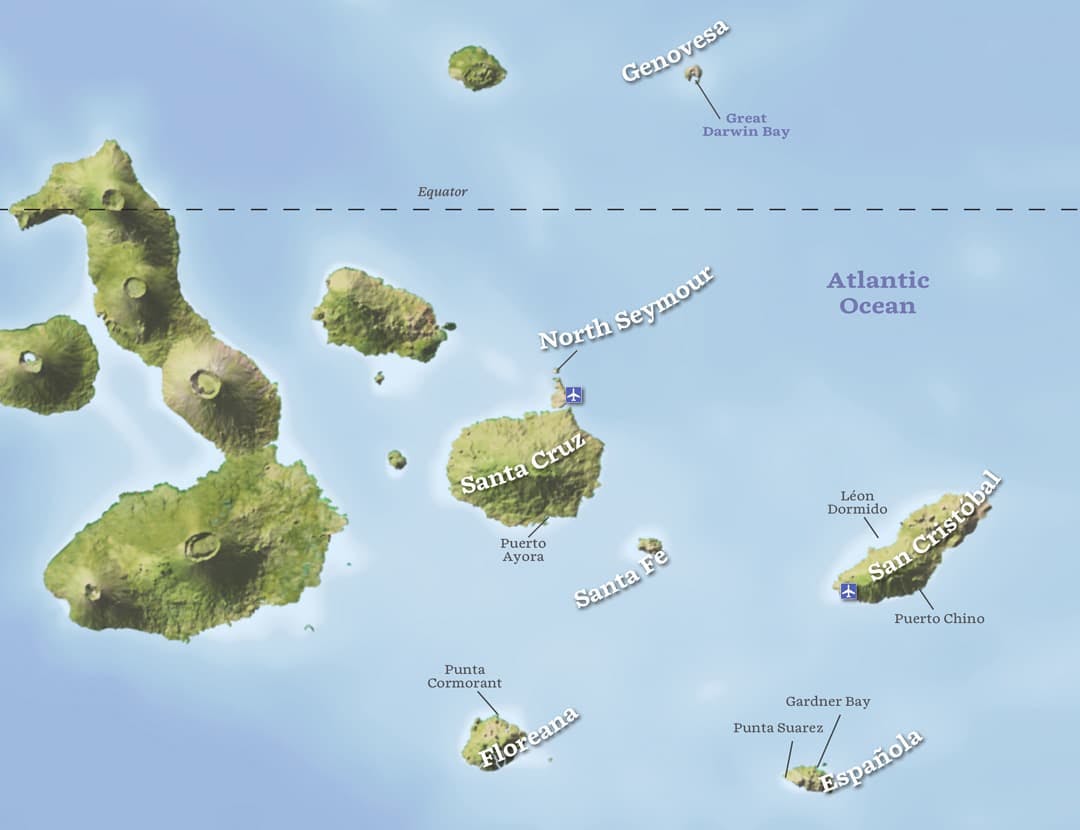 The eastern islands are geologically the oldest islands in the Galapagos, with many islands (such as Espanola and Santa Fe) formed by the uplift of lava flows that originally spilled out on the seafloor. While still a volcanic landscape, you’ll tend to see more vegetation in the east as fertile soils—created over time—have enabled flora to thrive. An eastern route will include stops at islands such as San Cristobal, Espanola, Floreana, Santa Fe, and Genovesa. These islands are home to key species such as blue-footed, red-footed and Nazca boobies, land and marine iguanas, and the waved albatross. You’ll have more opportunities view sea lions and sharks in the east—it’s also perfect for birders as there are more endemic species. 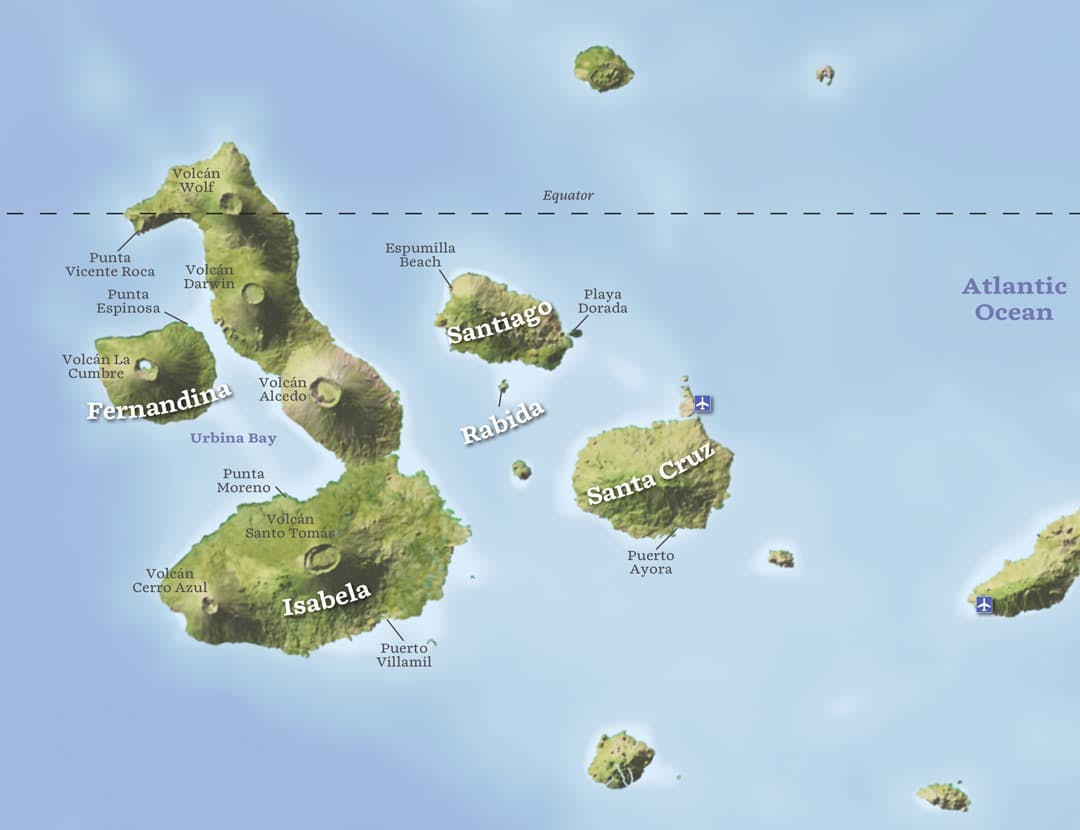 The western islands are younger and more volcanically active, studded with cones, craters, and a rippled lava landscape. As you cruise the islands of Isabela, Fernandina, Santiago and Rabida, you’ll be amazed by the bounty of life that thrives in this volcanic landscape. Wildlife that can be predominantly found in the west include flightless cormorants, whales, and giant tortoises. Stunning beaches are also a key feature of the west and Punta Espinoza is one of the most pristine natural environments in the world—and home to the largest colony of land iguanas in the archipelago. Isabela is the biggest island in the Galapagos, more than half the total land surface of all the islands combined.

From family celebrations to group reunions, there are many great reasons to design your own private Galapagos adventure. Contact our custom travel experts to learn about chartering your own private yacht or catamaran.